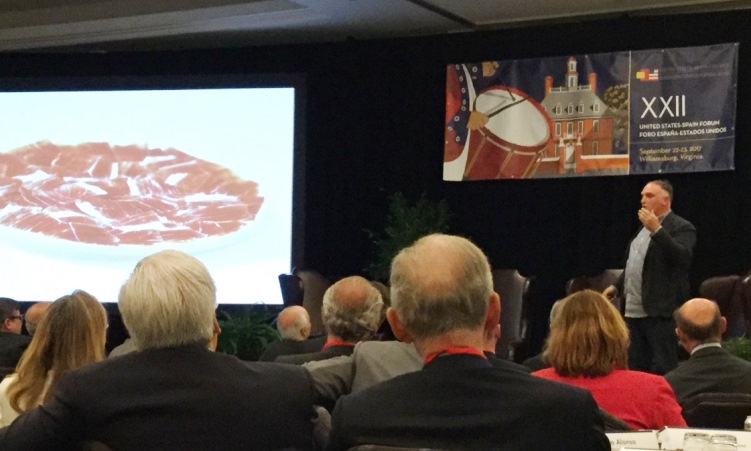 Chargé d’Affaires Benjamin Ziff participated in the XXII United States-Spain Forum in Williamsburg, Virginia, on September 22-23, 2017.  Organized by the US-Spain Council and the Fundación Consejo España-Estados Unidos, this location is aimed at highlighting the history and the foundation of the United States of America as a nation.  Also the settlement of a group of Spanish Jesuit priests in Virginia in 1570, although unsuccessful, is another example of the Spanish heritage in our country.

High level Spanish and U.S. corporate leaders, government officials and experts in education and cultural matters such as U.S. Secretary of Defense James Mattis, Spain’s Minister of Defense María Dolores de Cospedal and Spain’s Minister of Foreign Affairs and Cooperation Alfonso Dastis, participated in the Forum.   The sessions focused on “Food and Wine: Exchanging National Flavors”, “Tourism and Technology: Creating Opportunities for Cultural Connections”, “The Future of NATO: Role of the US & Spain” and “Infrastructure and Economic Growth: Opportunities for US & Spanish Business Cooperation.”