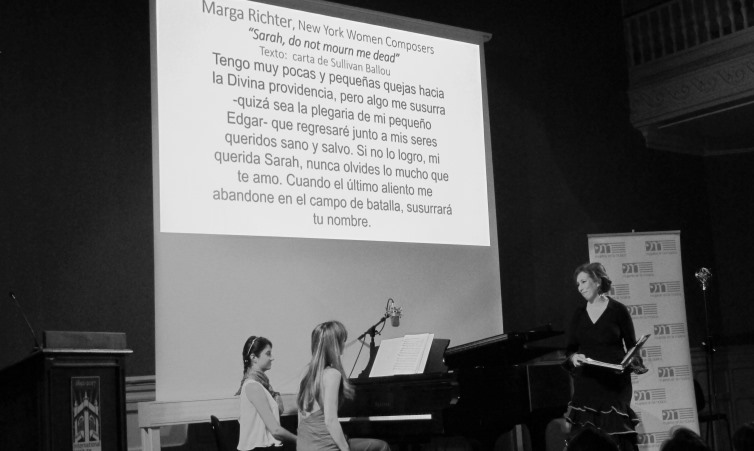 A music initiative of contemporary works for classical piano and mezzo soprano with texts or themes inspired by Miguel de Cervantes and U.S. Women Composers such as composer Marga Richter, highlighted Memorial Day through the piece  “Sarah, do not mourn me dead”. Organized and led by members the New York Women Composers Association (USA) and the Asociación de Mujeres en la Música (Spain), this program was introduced as the beginning of an initiative to encourage cross cultural dialogue between women creators in the field of music, and between the two gender specific associations in Spain and New York City respectively.  The concert was performed by American mezzo soprano and 2007-2008 Fulbright to Spain, Anna Tonna and Spanish classical pianist Isabel Pérez Dobarro. With invited guest American mezzo Nan-Maro Babakhanian and flute players Marta Femenia and Gala Kossakovsky.