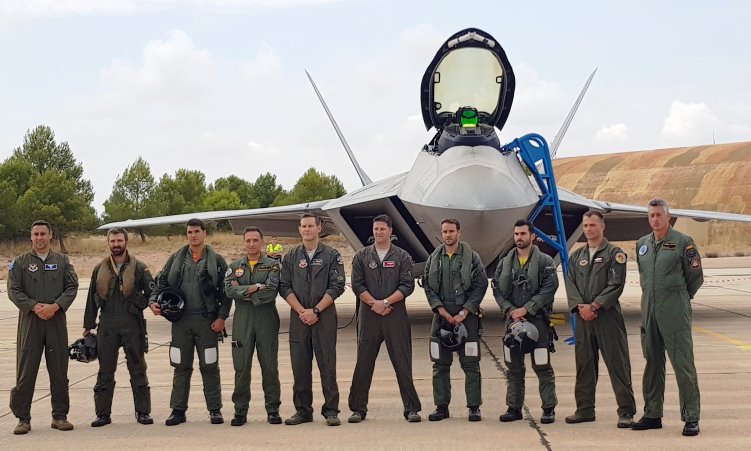 On August 16, two U.S. Air Force F-22 Raptors and airmen from the 95th Fighter Squadron of Tyndall Air Force Base visited Spain to participate in an advanced aerial training exercise with Spanish Eurofighter and F-18 airplanes at the Albacete Air Base. The F-22 is the premier operational 5th-generation fighter, possessing a unique combination of stealth, speed, agility. This training demonstrates the depth of the strong relationship between the United States and Spain and further advances the integration and the interoperability between our armed forces. We thank our Spanish partners for hosting this important training.