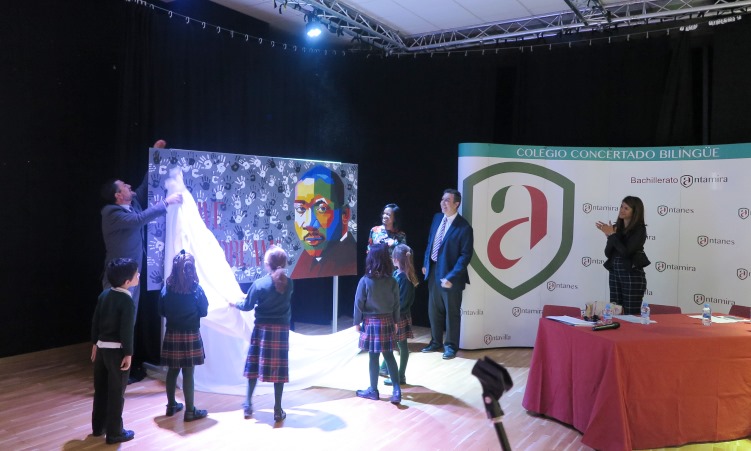 To commemorate the 50th anniversary of the assassination of Dr. Martin Luther King, Jr., the U.S. Embassy’s Political Counselor Shelby Smith-Wilson took part in a moving ceremony on April 4 at the Colegio Antamira in Paracuellos de Jarama (outside of Madrid).  The ceremony involved the unveiling of a mural that the young students at the Colegio had created, featuring an image of Dr. King and the words “I Have A Dream.”  In her remarks to the students, Ms. Smith-Wilson highlighted the enduring legacy of Dr. King and referenced her own background as an African-American diplomat whose great-great grandparents were slaves.  She noted, “Dr. King had an unshakeable conviction to do what was right, and that is why people all around the world still remember him today.  This is the lesson that I hope all of you will take away from this mural.”