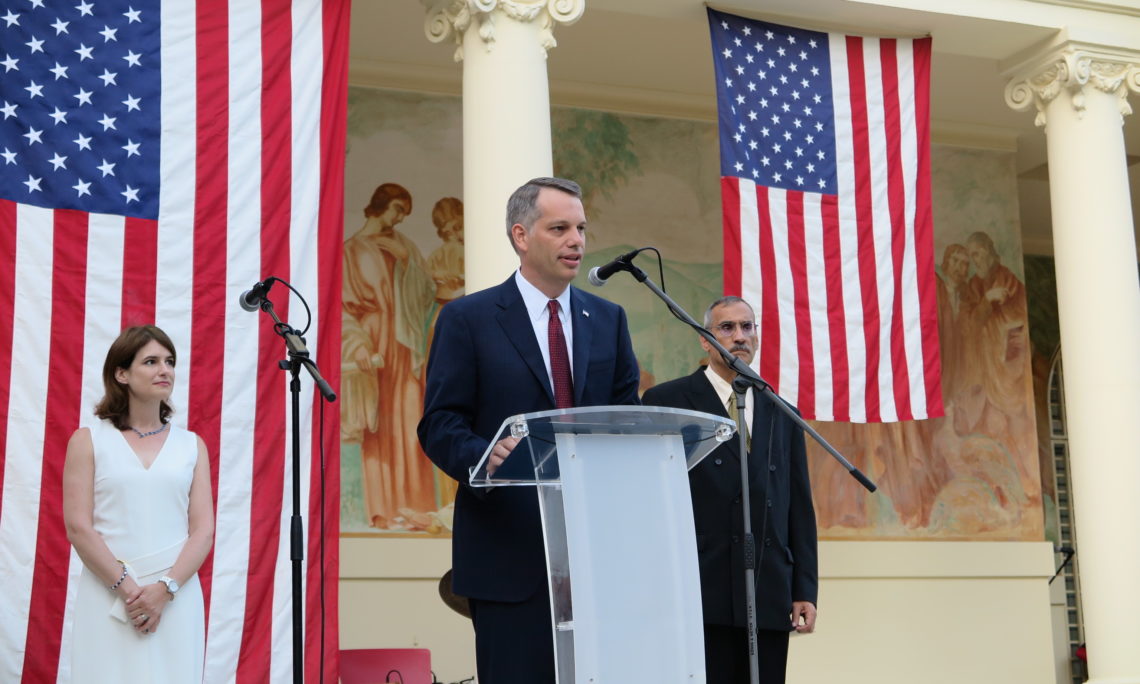 On July 5, 2017, Consul General Marcos Mandojana hosted at the gardens of the U.S. Consulate General in Barcelona, the official reception to commemorate the 241 anniversary of the Declaration of Independence of the United States. Local authorities and representatives of the consular district’s civil society attended this traditional reception. The Michelle Faber Quintet and the Don Vito Rock Band entertained the party and U.S. singer Gwen Perry sang the national anthem. This year’s celebration was an homage to the 25th anniversary of the 1992 Barcelona Summer Olympic Games.