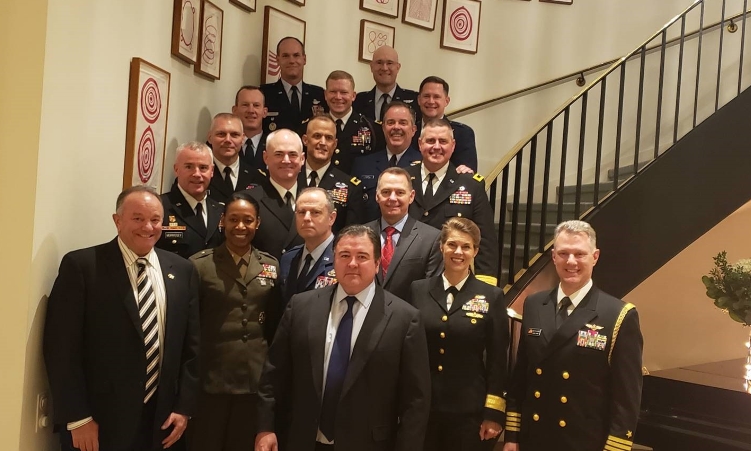 From October 11-15, the U.S. Embassy in Madrid hosted a CAPSTONE General and Flag Officer Course for nineteen newly selected U.S. general and flag officers. The course objective is to make participants more effective in planning and employing US forces in joint and combined operations. The CAPSTONE curriculum examines major issues affecting national security decision making, military strategy, joint/combined doctrine, interoperability, and key allied nation issues.  While in Spain, participants met with Spanish counterparts and high-level officials from the Ministry of Defense.  Before leaving, they also took part in a reception hosted by Ambassador Buchan attended by 19 U.S. and 50 Spanish stars’ worth of General/Flag Officers in attendance…an Embassy record!