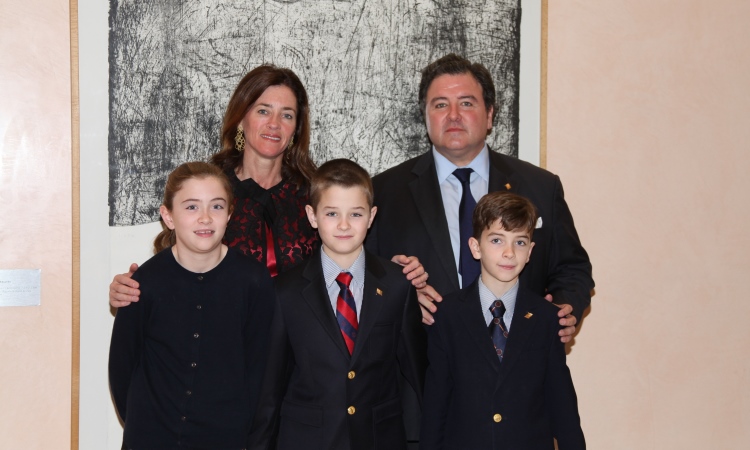 Duke Buchan III arrived in Madrid on Sunday, December 17, to take up his duties as the new U.S. Ambassador to the Kingdom of Spain and the Principality of Andorra. His wife, Hannah, and his three children accompanied him. Chargé d’Affaires Benjamin G. Ziff of the U.S. Embassy in Madrid received Ambassador Buchan and his family at Adolfo Suárez Barajas Airport.

On Monday, December 18, Ambassador Buchan is expected to deliver Copies of his Letters of Credence to the Chief of Protocol of the Ministry of Foreign Affairs and Cooperation. He will then assume his duties at the head of the U.S. Mission to Spain and Andorra, which includes the U.S. Embassy in Madrid and the U.S. Consulate General in Barcelona. On future dates Ambassador Buchan will present his Letters of Credence to H.M. the King of Spain and to the Government of Andorra.

Ambassador Buchan has had strong ties to Spain for almost 40 years. He studied at universities in Valencia and Seville and has travelled extensively throughout the country. A longtime supporter of international education and study of the Spanish language and culture, Ambassador Buchan and his family established a successful exchange program between students in Spain and the United States.

As Founder (2001) and CEO of Hunter Global Investors L.P., based in Palm Beach, Florida, Ambassador Buchan led a private investment management firm that invests in a range of asset classes globally.

Ambassador Buchan has travelled, lived and conducted business for over three decades in Spain and other European countries, Latin America and Asia. He has a deep appreciation, respect and love for the Spanish people and culture.

For more information, please visit our links below: