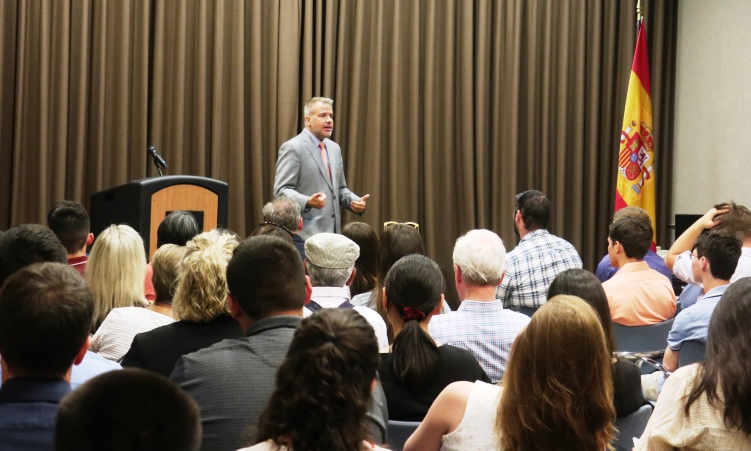 On Wednesday June 27, the Youth Orchestra of San Antonio (YOSA) Philharmonic visited the U.S. Embassy in Madrid to speak with Ambassador Duke Buchan and Acting Cultural Attaché Ryan Matheny about diplomacy and US-Spain relations. The youth, who are performing in Spain as part of 300th anniversary celebration of their city’s founding, posed many interesting questions, asking Ambassador Buchan about the work of an Ambassador, the daily functions of an embassy, and the best tips for learning a new language. Throughout the meeting, the Ambassador stressed the Embassy’s strong, family-like relations with Spain and the importance of the historical and cultural connections between the two countries.

The YOSA students, on tour in Spain, performed their third and final concert at the Federico Garcia Lorca Theater in Getafe, Madrid the evening of June 27. They had previously performed in Tenerife and Sevilla.