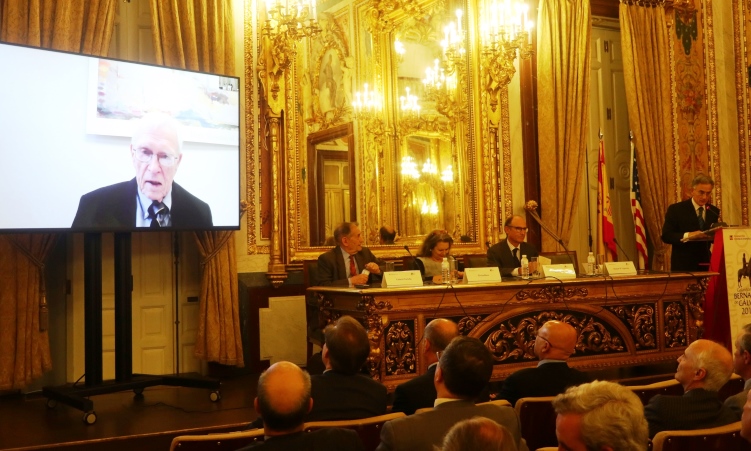 The U.S.-Spain Council Foundation presented its 2019 Bernardo de Gálvez award to American historian Stanley G. Payne during an event held in Madrid March 13. The award is given to distinguished Americans who have contributed to U.S.-Spain relations. Gálvez, who served as governor of Louisiana and was a key figure in Spain’s contributions to American independence, was named an honorary United States citizen by the U.S. government in 2014.

Via videoconference, Professor Payne thanked the Foundation for the award, which recognized his 60 years of research into the 20th century history of Spain. He joins other American citizens who have received the award in the past: Senator Bob Menéndez, New Mexico Governor Bill Richardson, U.S. Ambassador Richard Gardner, and art historian and Velázquez expert Johnathan Brown.