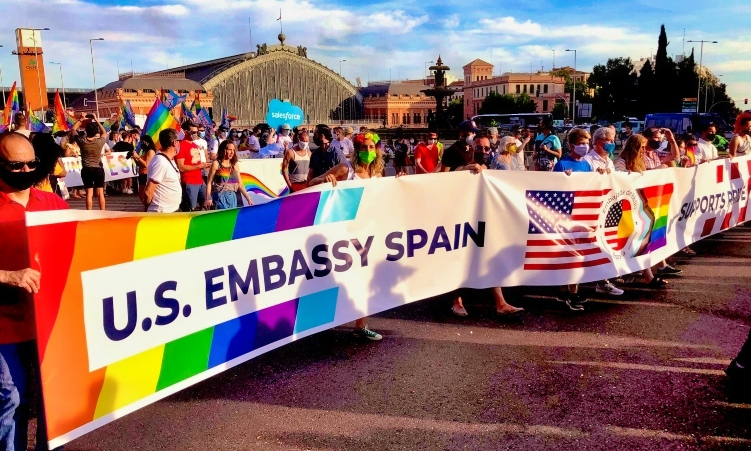 The U.S. Embassy in Spain participated officially for the first time in the Madrid Pride parade.  Chargé d’Affaires Conrad Tribble and Deputy Chief of Mission a.i. Joe Mellott led a group of employees, including diplomats and family members, through the complete route carrying a banner with the message: “U.S. Embassy Spain Supports Pride” As President Biden said at the beginning of Pride Month, we recognize the resilience and determination of the many individuals who are fighting to live freely and authentically, and we reaffirm our commitment to standing in solidarity with LGBTQI+ persons worldwide in the ongoing struggle against discrimination and injustice. 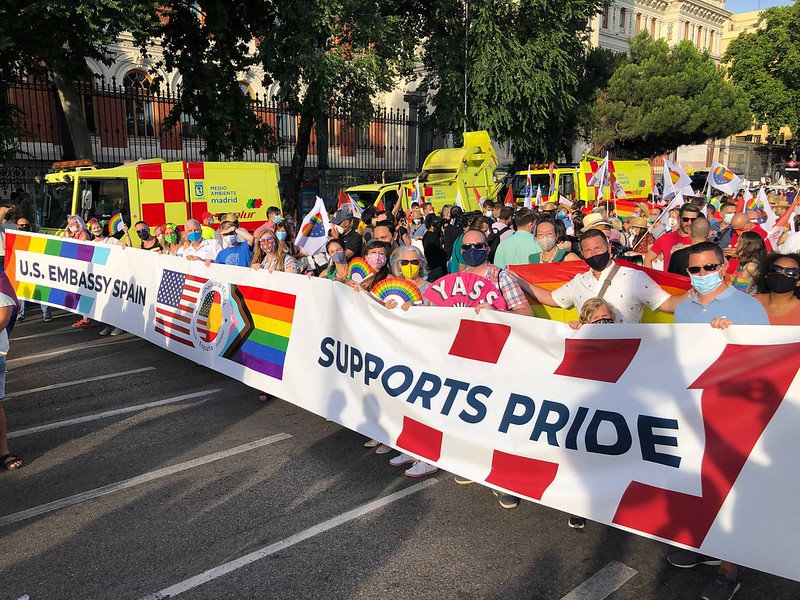