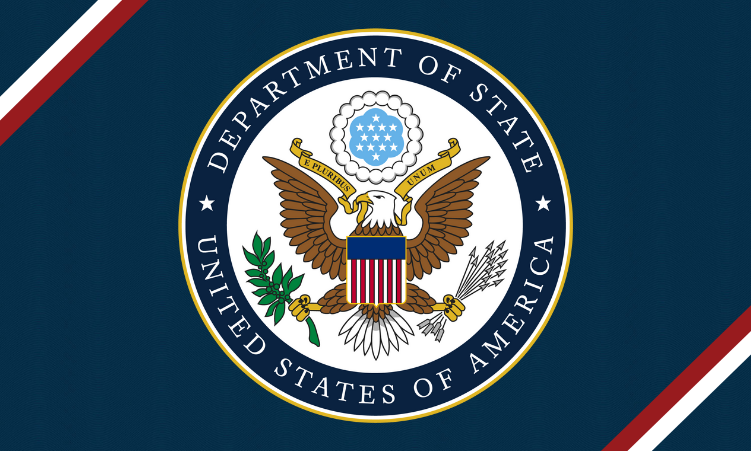 The United States is playing a leading role in the world again – and it’s especially true with respect to the environment. We are at a crossroads when it comes to conserving our planet.  The actions we take—or fail to take—over the next several months will determine the health of the place we all call home for generations to come. We know the climate crisis is a problem, and its ripple effects are being felt everywhere — from ocean acidification and loss of land due to sea level rise, to global food insecurity caused by extreme heat and water shortages or floods, to the resulting loss of nature and wildlife (like songbirds and bees), to drowning in plastic because it’s a cheap secondary market for oil and gas.

Right now, negotiations are underway to manage and protect the ocean, conserve and restore biodiversity, tackle the plastic pollution crisis, as well as beginning in earnest the hard work of implementing the Paris climate agreement.

We stand at a crossroads in which we must confront a climate crisis, a pollution crisis, and a nature crisis all at once.

Indeed, momentum is building to protect the entire natural world we all depend on for our wellbeing. I have said before that this year we stand at a crossroads in which we must confront a climate crisis, a pollution crisis, and a nature crisis all at once. Dealing with any one of these challenges is not enough – we must tackle them all simultaneously. If we fail to meet this moment, we know that we will see more pollution, rising temperatures and flooding and sea levels, loss of biodiversity, greater environmental injustice, and greater insecurity and strife. But there is another way – a path ahead that leads to a better future where we live sustainably – in which we have a positive relationship with nature.

Under President Biden’s leadership on climate and nature and biodiversity and pollution, we are choosing that better path. With the passage of the Inflation Reduction Act and other efforts planned and underway, we can meet our climate goals. But there are solutions to the other challenges all around us too, and the United States government is working to ensure we take action on all of them.

Already this year the global community has taken an important step towards ending subsidies that promote harmful fishing practices. The 7th Our Ocean Conference generated more than $16 billion in new commitments to create protected areas, promote sustainable fishing, reduce pollution, decarbonize the shipping industry, and more. An historic resolution at the United Nations Environment Assembly launched a two-year negotiation process to end the scourge of plastic pollution that chokes our streets, rivers, and beaches. The list goes on.

And the United States is back as well. On his first day in office, President Biden reentered the United States into the Paris Agreement. We recently joined more than 100 other countries in the High Ambition Coalition for Nature and People to call for the conservation and protection of at least 30 percent of the ocean by 2030—in our own waters and globally. We joined the High-Level Panel for a Sustainable Ocean Economy, and are strengthening our partnerships with Pacific Islands.  Along with Canada and the U.K., we launched a coalition to combat illegal, unreported, and unregulated (IUU) fishing, a global problem that harms fishermen and the ocean alike, and President Biden signed a National Security Memorandum that further tackles this problem.

More and more we realize the incredible power of nature to help solve many of our challenges.  For example, ocean-based solutions can contribute to reducing one-fifth of greenhouse gas emissions needed to meet the Paris Agreement temperature goal by 2050. Similarly, by implementing nature based solutions such as planting trees that store carbon, we can reduce carbon pollution in the atmosphere by 10 to 12 billion tons annually as well as increase natural habitats.  Protecting and restoring nature – nature positivity — is good for wildlife and humans too.

Across the United States and the world, we see Indigenous leaders and communities at the forefront of conservation. Several Indigenous-led ocean conservation initiatives are underway from Georgia to California, Alaska to Hawaii, and as far away as the Northern Marianas. This mirrors the growing importance of and respect for Indigenous conservation and knowledge around the globe to conserve and sustainably manage the natural world.

Much of our international work focuses on the hardest hit places, the ones experiencing the brunt of these crises.  In my travels to Africa and to small island developing states I see and hear firsthand how the climate and pollution crises affect people and communities.  A clean and healthy environment is not a luxury — it is important to the health, wellbeing, and security of all people. That is why the United States was proud to vote in favor of a United Nations Resolution supporting a right to a clean, healthy and sustainable environment.

The question now is will we continue to meet this moment? Will we seize a once-in-a-lifetime opportunity to advance down a more sustainable path that values and conserves nature? I believe we will because the United States has stepped up its leadership at this crucial moment. The planet needs us – the United States – and we are ready, right now and in the future, to do our part.

About the Author: Monica P. Medina was confirmed as Assistant Secretary for Oceans and International Environmental and Scientific Affairs on September 28, 2021.