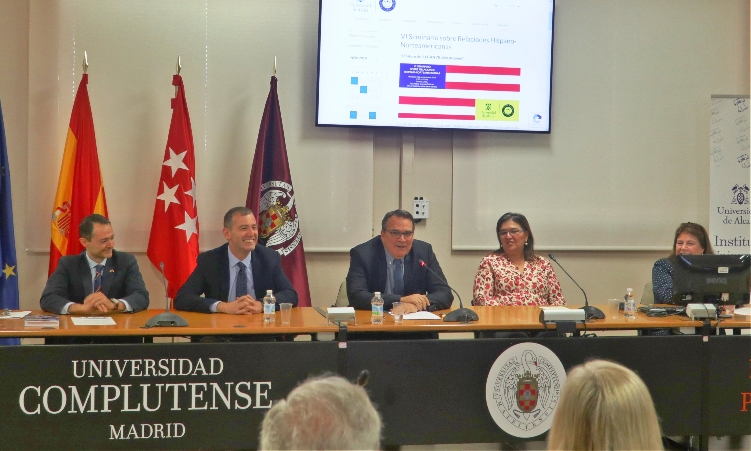 On November 6, the Embassy’s Deputy Chief of Mission Benjamin Ziff and Marine Attaché Lt Col David Lawrence discussed the future of NATO with 100 political science students at Complutense University of Madrid during a one-day seminar co-organized by the Franklin Institute of the University of Alcalá.  The Embassy speakers noted NATO’s stabilizing effect on Europe and the world for the past 70 years and reinforced the importance of the shared values of democracy, the rule of law, and respect for human rights that unites NATO Allies.  However, new threats to the rules-based international order – from countries like China and Russia – require all Allies to ensure they have the capacity and readiness to meet the challenges of today and the future.  Additionally, Spanish Ministry of Defense officials, a former Spanish Ambassador to NATO, and a former NATO public affairs official contributed to the frank discussion on the importance of NATO.