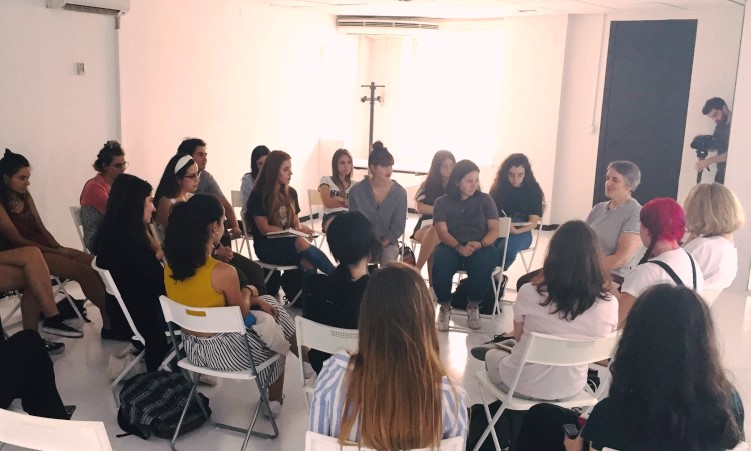 Barbara Ann O’Leary, the founder of the international movement Directed by Women, visited Seville and Madrid for the fourth edition of Directed by Women Spain.  Directed by Women aims to highlight and draw attention to films by women and celebrates a Worldwide Film Viewing Party in September.  In Seville, O’Leary met with members of the School of Communication of the University of Seville and with the Andalusian Association of Women in Audiovisual Media.  In Madrid, she talked with film students of TAI Arts University Center and the Audiovisual Communication program at Carlos III University.  With all of them, she analyzed the situation of film made by women today.  The Directed by Women Spain event was held at several Spanish cities and showed films by more than fifty female film directors.