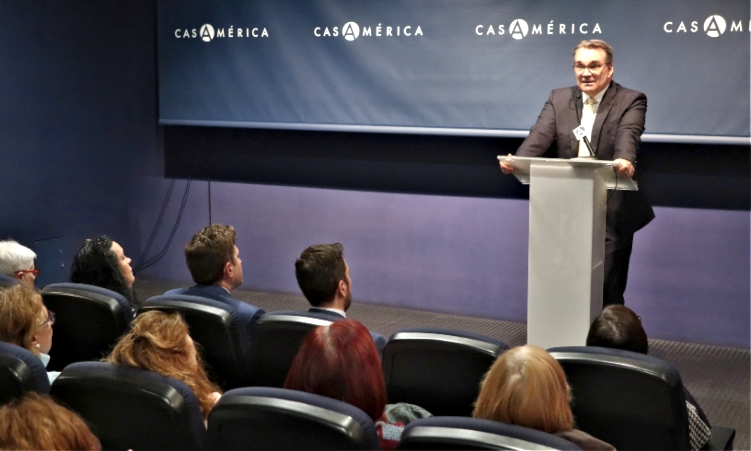 The Embassy participated in a series of events in January commemorating Holocaust Remembrance Month. Among them was Embassy’s partnership with Centro Sefarad-Israel on a film series on the Holocaust. Counselor for Public Diplomacy Stewart Tuttle addressed the audience before the screening of “Mr. Klein” at Museo del Prado on January 20 and Deputy Chief of Mission Benjamin Ziff delivered remarks prior to the screening of “The Diary of Anne Frank” at Casa de América on January 30. Both Embassy officers highlighted the need for the next generation to learn about the Holocaust so that it never happens again. DCM Ziff also attended an event held at the Spanish Senate on January 27 to mark Holocaust Remembrance Day. On January 28, Embassy Press Attaché Adam Lenert attended the concert held in memory of Holocaust victims at the Royal Palace under the presidency of Queen Sofia.

The Embassy’s participation in these events conveyed the need to remember, commemorate, and confront anti-Semitism “wherever and whenever it arises,” as reaffirmed in President Trump’s Message on International Holocaust Remembrance Day.