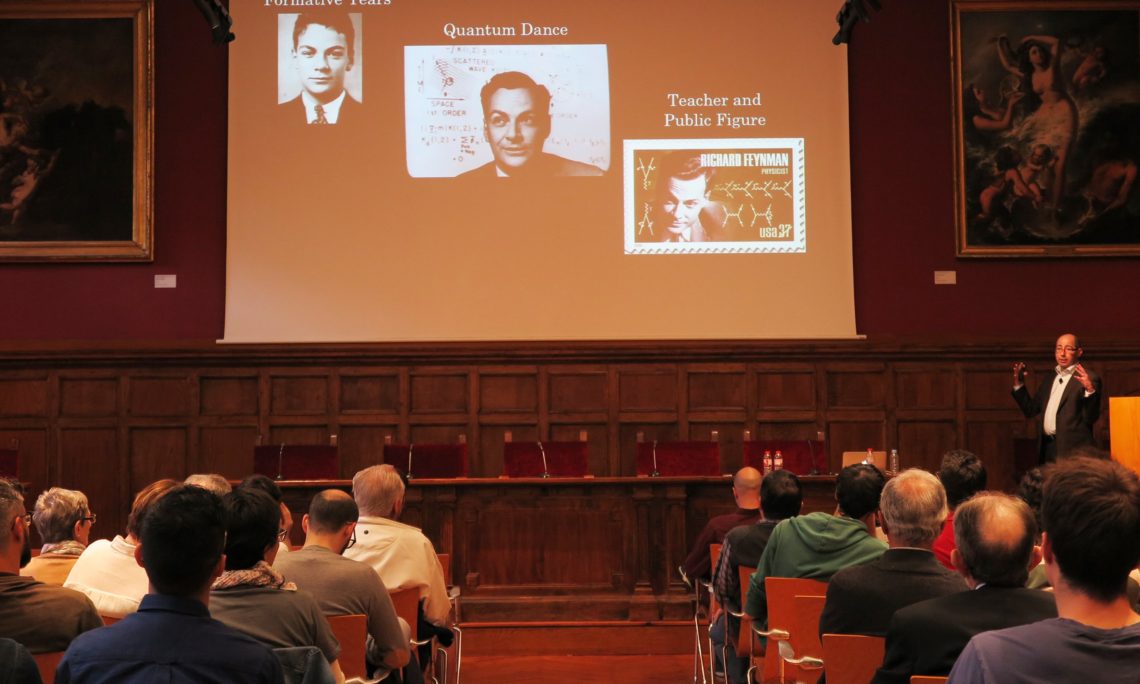 Richard Feynman is widely credited with pioneering the field of quantum computing and introducing the concept of nanotechnology. To celebrate what would have been his 100th birthday, Consulate General Barcelona collaborated with the Nanotechnology and Nanoscience Division (NanoSpace) of the Catalan Association of Scientific Communication and the University of Barcelona to organize a series of events for university and high school students. In particular, the Consulate General invited David Kaiser, Germeshausen Professor of the History of Science and Professor of Physics at the Massachusetts Institute of Technology (MIT) to deliver a series of talks and lectures from May 10-11 at the Autonomous University of Barcelona, the University of Barcelona, CosmoCaixa, and at a high school in Santa Coloma de Gramanet.  Professor Kaiser explained not only Feynman’s outstanding scientific contributions, but also his great ability as an educator and communicator of science and technology.