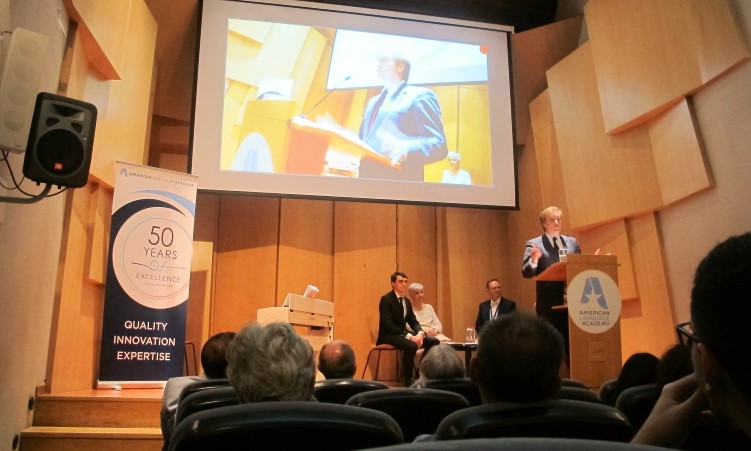 On Friday June 22nd, Counselor for Public Diplomacy Stewart Tuttle attended the American Language Academy’s 50 Years of Excellence celebration in the Lázaro Galdiano Museum gardens. To open the event, Mr. Tuttle spoke in a mix of Spanish and English. He discussed the important role the ALA has in the promotion of a shared language between Americans and Spaniards as well as an understanding of American experiences and cultures among the Spanish people – an essential mission of the U.S. Embassy. Mr. Tuttle also compared the ALA’s work to the cultural integration achieved by the Fulbright program. Various other speakers, including the Director of Studies at the American Language Academy, Jeffrey Locey, and the President of the Federation of Waldorf Pedagogical schools in Spain, Antonio Malagón, gave remarks after the counselor. The ceremony ended with a musical performance and the presentation of books to the Embassy.