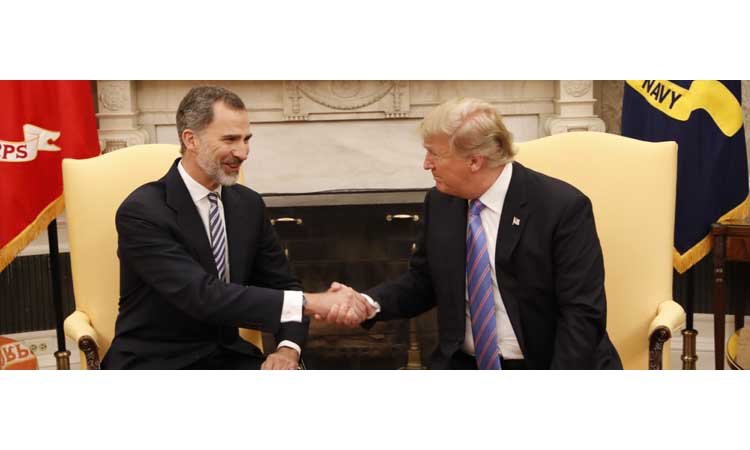 On behalf of the Government of the United States of America, I extend my best wishes to the people of Spain as you celebrate your National Day.

The bonds between the people of the United States and Spain are solid and long-standing.  The visit of King Felipe VI and Queen Letizia to the United States in June 2018 underscored the cultural and historical ties we have shared for over three centuries.  Spain is a steadfast ally, partner, and friend of the United States that contributes to the security and economic prosperity of the transatlantic community.

On this special occasion, we look forward to a future of continued friendship and close cooperation with a strong and united Spain.