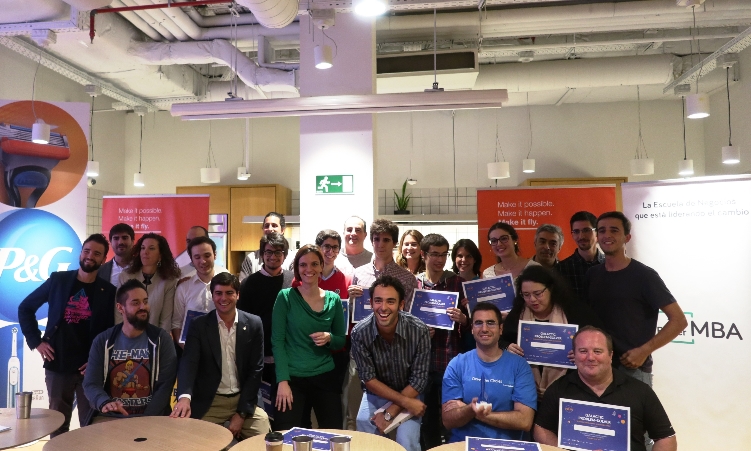 Teams were given 26 hours over the weekend to develop their ideas, build models, and put together formal presentations. The panel of judges ultimately chose two winning teams to advance to the international competition. The first team, Mnemosyne, proposed a solution to deal with data storage in an extremely high temperature environment (such as that found on Venus) by employing old fashioned mechanical technology, but with high technology metal alloys developed through nanotechnology.  The second team, Oceans Inside, proposed a project called Sea Serpent, a floating barrier powered by drones to collect ocean debris.  Using satellite data from NASA, the system could be remotely directed to areas with high concentrations of oceans debris for clean-up.

We congratulate the winners and wish them good luck at the international competition!