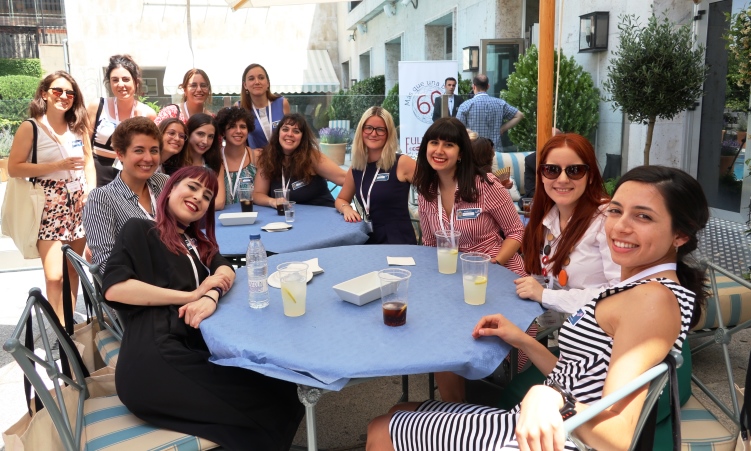 “If you don’t find us, we’ll find you” said U.S. Ambassador Duke Buchan to a group of departing Spanish students accepted to the prestigious Fulbright Program, who attended an American-style barbeque at the Ambassador’s residence on June 26th. The Ambassador was referring to the expectation that alumni keep in touch with the U.S. Embassy upon returning to Spain following their studies and to stay involved with Embassy programs designed to bring the peoples of both countries closer together.  The Fulbright Program has offered students in Spain the chance to study in the United States, and for American students to come to Spain, for 60 years; an invaluable cultural exchange that enriches the minds of young leaders in both nations. Most scholars at the barbeque will be attending universities in the United States this fall, participating in a myriad of programs ranging from computer science to musical interpretation. The Ambassador congratulated the scholars on this unique and invaluable educational opportunity, and shared how he appreciated visiting Spain when he was in university. After the remarks, the Fulbright scholars mingled and had a taste of classic American lunch: hot dogs, hamburgers, lemonade, and excitement for the future. The Embassy congratulates the Fulbright scholars and wishes them a happy experience in the United States!