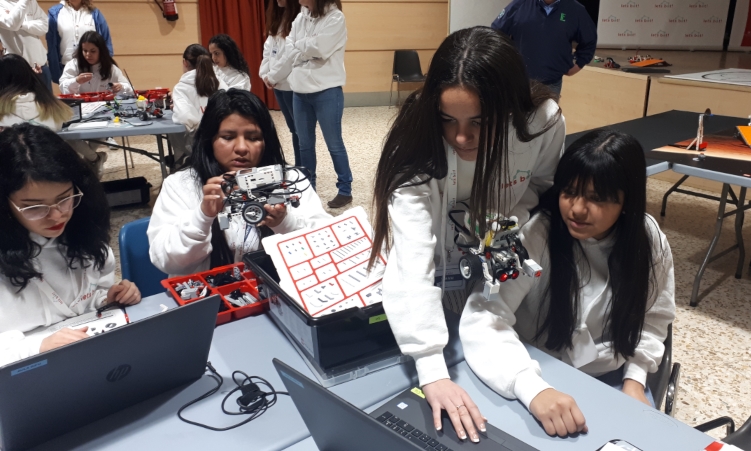 Last weekend, 18 girls discovered hands-on robotics with a Let’s Bot! express workshop. Let’s Bot! is a robotics initiative launched by the Buchan family based on peer to peer learning. The U.S. Embassy supported the workshops which were aimed to promote STEM careers among girls. The Let’s Bot! workshop was held at the Centro Prelaborales Naranjoven, Fundación Pinardi, in Fuenlabrada. Robotics is much more than learning to build and program robots; it empowers girls by opening new horizons. In the words of Cate Buchan, creator of Let’sBot!, “robotics is much more than building robots, it is about Girl Power.” Let’s Bot! instructors, led by Álvaro A. Radigales, have accompanied the Buchan siblings and the girls in their learning process. This Let’s Bot! workshop is the continuation of the robotics camp held last summer in La Línea de la Concepción, in partnership with Fundación Secretariado Gitano and La Línea Town hall.