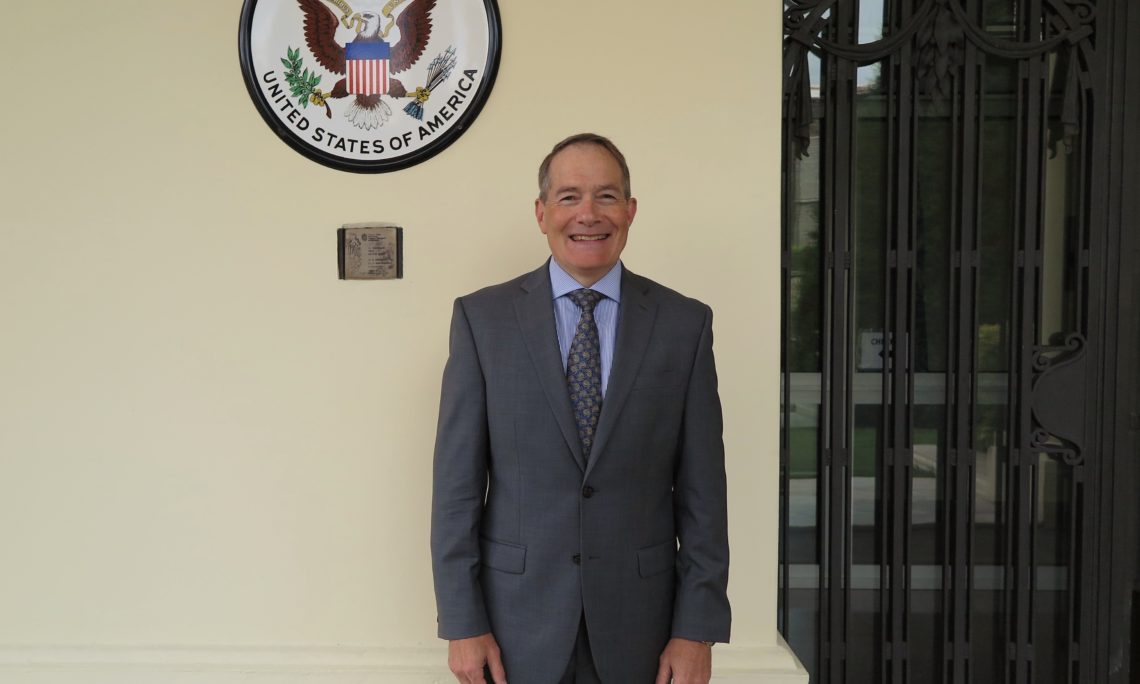 Robert Riley is as of August 23 the new United States Consul General in Barcelona.  Prior to arriving in Barcelona, Robert led the U.S. Embassy in Minsk, Belarus for two years, serving as Chargé d’affaires from 2016-2018.

Before joining the United States Foreign Service, Robert Riley was an attorney for eight years at one of Seattle’s largest law firms, where he was elected to the partnership.  He specialized in intellectual property, securities, and employment matters.  He received his law degree from the University of Michigan in Ann Arbor, Michigan, and his bachelor’s degree in political science from the University of Notre Dame in South Bend, Indiana.  Bob speaks Spanish, Russian, and Hungarian.

The Consul General is the principal officer at the U.S. Consulate General in Barcelona, with jurisdiction in Catalonia, Aragon and the Principality of Andorra. The position is renewed every three years as it corresponds to career diplomats.