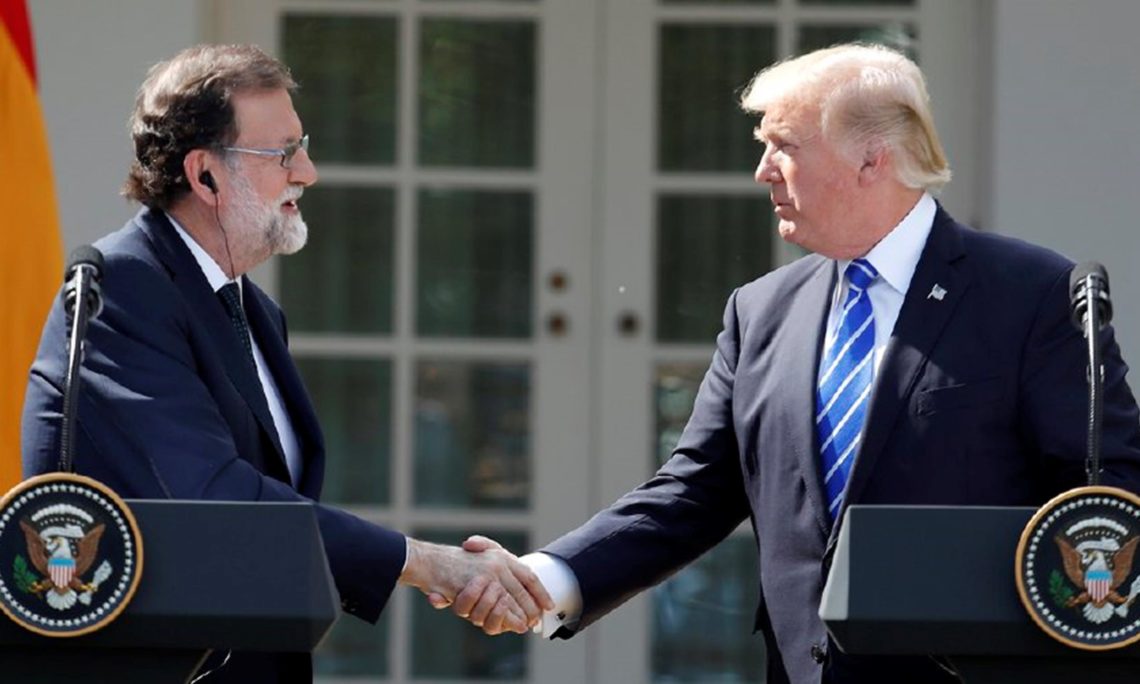 Office of the Press Secretary
For Immediate Release

And we’re going to be discussing trade and other things, and we look forward to doing it.  And, Mr. President, thank you very much.

PRESIDENT RAJOY:  (As interpreted.)  Good morning.  Thank you very much.  I would like to thank President Donald Trump for the very warm welcome he has extended.

PRESIDENT TRUMP:  President Rajoy and myself will be speaking outside, and we’ll take some questions.  I assume you’re going to be asking me only about Spain.  We love Spain but they have a lot of other things on their mind, I have to tell you.  And again, we have a terrific relationship and that will continue and be stronger than ever before.

So I’ll see you outside in a little while.  Thank you all very much.