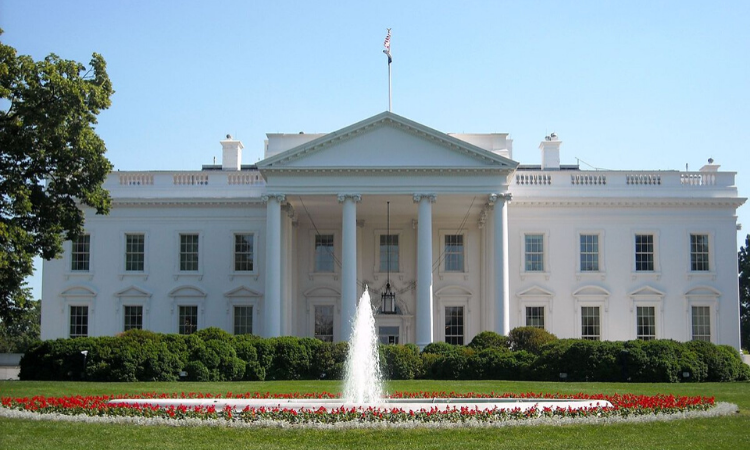 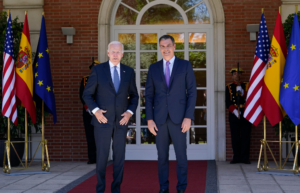 PRESIDENT SÁNCHEZ:  Good afternoon, and welcome to Madrid.  I would like to — to start by thanking President Biden for coming to Spain to participate in the Madrid NATO Summit.  I’m also very, very glad to welcome you in the Moncloa Palace in your first visit as President of the United States.

(Speaks Spanish.)  (As interpreted.)  Spain and the U.S. are allies.  We are strategic partners.  We are friends.  We are linked together by strong historical bonds and strong partnership in many topics.

Moreover, we share that desire to promote the principles of freedom, democracy, human rights, gender equality, and the state of law.  And after over 20 years since the declaration that was signed by the Secretary of State Madeleine Albright and the then-Foreign Affairs Minister of Spain Josep Piqué in 2001, there’s obviously been numerous changes that have affected transatlantic relations and relations between Spain and the U.S.

And that is, dear Mr. President, why I’m so happy to announce this new joint declaration between the U.S. and Spain, which will help to strengthen the relations between Spain and the U.S.

In this declaration, we are doing a lot of different things.  First of all, we are reinforcing our support for a rules-based international order.  And it’s very important to say that today here in Madrid as a consequence of the holding of the NATO Summit here because Putin’s invasion of Ukraine is a clear violation of international law, a direct attack on our shared values, and it demonstrates the need to redouble our efforts to support that rules-based international order.

And one of the main consequences of Putin’s war has actually been the revitalization of the transatlantic Alliance.  When Europe’s security was at stake, what every Ally has done, including Spain, has been to respond decisively, reinforcing our eastern flank while recognizing the threats that come from the southern flank and, therefore, the importance for the Alliance to develop everything that’s been called the “Alliance 360 strategy.”

And Spain has practically, dear Mr. President, doubled its military presence in Latvia with the recent deployment this very week of an anti-air defense system in the Lielvarde Air Force Base.  The Spanish contingent in Latvia is now 592.

And we’re also taking part in the Baltic air police patrols.  Our Navy ships are maintaining their presence in the Alliance’s permanent forces.

And so, in total, Spain is participating with its deployments in five NATO missions with a total of 1,471 forces deployed.

And in this context in which we’re dealing, I think, with the biggest challenge to peace in Europe since the end of the Cold War, today the U.S. and Spain have committed to strengthen our cooperation in the areas of defense and security.

Specifically, we have spoken about the U.S.’s interest in increasing its presence in Rota’s Navy Base in order to strengthen the Alliance’s collective security.

And on the other hand, and as is set down in the joint declaration, we have agreed to strengthen the bonds between us in the areas of justice, cybersecurity, energy security — and, by the way, I’m very grateful to the U.S. government and the whole of the U.S. for all that LPG that we are receiving in Spain — and also the management of immigration flows, everything that has to do with climate change, technology, and digital transformation.

So, in this update of this joint declaration that was signed back in 2001, we are expanding and reinforcing our bilateral relations.  And we’re also, of course, aware of the importance of the trade relations between our economies.  And in our respective national recovery plans, we see an excellent opportunity for U.S. companies in Spain and Spanish companies in the U.S.

And in that context, I would like to thank President Biden for his role in redefining the transatlantic trade relations, which, over the last year, have been able to resolve past differences and embark on a much more positive track — forgetting that past and looking towards the future with hope.

We also agree on the importance of promoting a positive agenda in Latin America, a region which — in the most part, a region with shared values.  And together, we will be able to better defend a rules-based international order.

Together, we’ve also discussed the increasing challenges of a very important region for Spain and Europe, which is the Sahel; also the role of China in the current geopolitical context, which will be discussed in the NATO Summit.

So, we will continue to work together in multilateral fora, like the U.N. and the G20, in order to promote a coordinated response to all the global challenges we have, including climate emergency, food security, or the architecture of global health after the COVID-19 pandemic.

So, overall, this visit, dear Mr. President, has been a significant turning point in the bilateral relations between our two countries.

(Speaks English.)  Allow me to finish by thanking you for your leadership.  We are pleased to have the U.S. back on the side of multilateralism.  The Madrid NATO Summit will start tomorrow and the decisions that we will take will reinforce our transatlantic bond.  You can count on Spain as a solid ally and friend.

Thank you very much, Mr. President.

PRESIDENT BIDEN:  Well, thank you, Pedro.  You can count on us as well.  And, you know, thank you for welcoming me today here and for hosting the NATO Summit in Madrid.  And we have a — we had a very warm and personal discussion upstairs.  And one of the things I look forward to is having an hour together before we begin the whole conference.

You know, we’re marking 40 years — 40 years since Spain joined NATO in becoming an indispensable Ally.  And today, we’re standing together to defend our shared security — and I emphasize shared security; strengthen our transatlantic alliance; and meet the challenge we face today and in the future.  That’s one of the things we’re going to be talking about in this meeting this week.

And as President Sánchez and I want to talk to you — thank you for Spain’s hospitality for U.S. service members and their families stationed here in Spain.

Mr. President, you’re hosting a truly historic summit and the key moment in our Alliance when Russia’s unprovoked invasion of Ukraine was — shattered peace in Europe and shattered every norm since World War Two that’s has been in place.  And I want to thank you personally — you — for your leadership.

Transatlantic unity has been and will continue to be the greatest strength in our response to Russia — transatlantic security.  We’re standing as one to support Ukraine and to enhance our own deterrence and defense capabilities.

And as I said before the war started: If Putin attacked Ukraine, United States would enhance our force posture Europe and respond to the reality of a new European security environment.

Earlier this year, we — we surged additional U.S. forces to Europe to bolster our Alliance in response to Russia’s aggressive actions.  And for months, we’ve been consulting closely on additional steps the United States will take alongside our Allies, who are also stepping up and strengthening our selective and collective security.

Together, the new commitments will constitute an impressive display of Allied unity and resolve and NATO’s 360-degree approach to our security.

I’m looking forward to discussing all of this during the summit.  But, Mr. President, you and I discussed today: We’re going to work on an agreement to increase the number of U.S. naval destroyers stationed at Spain’s Rota Naval Base, which will also enhance the bilateral defensive relationship between Spain and the United States.  We expect that to occur much sooner than later.

And I welcome the steps that Spain has taken in solidarity with our Allies that we’re facing heightened threats on their borders, including sending additional capabilities you referenced to Latvia.  Thank you, Mr. President.

And I’ll be laying out additional steps the United States is going to take with our NATO colleagues as our — in our summit tomorrow.

But the bottom line is this: Together, the Alliance is threatening [sic] its posture — is dealing with the threats and strengthening our posture against the threats from the east and challenges from the south.  NATO is focused on all directions and domains: land, air, and sea.

And, Mr. President, we also discussed how the United States and Spain and other Allies are keeping needed weapons and equipment flowing to Ukraine so they — they’re — they’re standing up in ways that I don’t think anyone anticipated, showing enormous bravery, enormous resolve.  And we’re continuing to tighten sanctions on Russia as well.

We’re providing assistance to the government and the people of Ukraine as they respond to this unprovoked assault on their lives and their democracies.  Sometimes, I think Putin’s objective is just to literally change the entire culture, wipe out the culture of Ukraine — the kinds of actions he’s taking.

And I want to particularly thank you, Mr. President, and the people of Spain for the support you’ve shown in welcoming more than 140,000 Ukrainian citizens refuge here in Spain. That’s remarkable and a testament to your people.  And it’s a testament to the spirit and resolve of not only the Spanish people, but of your leadership and to stand up for what is right at a moment of crisis.

Our shared democratic values, together with our long history of friendship, make Spain and the United States strong partners on all the issues that we face together.  In the Western Hemisphere, Spain and the United States are working together with other countries in the Latin and Caribbean areas to reinforce democratic institutions, strengthen the rule of law, spread economic prosperity, and advanced transformative approaches to manage migration.

We’re looking to do more together in Africa as well to promote stability and economic growth.  And we reaffirmed our joint commitment today to continue to work together on the biggest challenges that affect the people all around the world, from COVID-19 to climate change.

And we’re releasing a Joint Declaration that reaffirms our shared values, reflects the full breadth of our cooperation.  And we have asked our teams to follow up on the substance of the Joint Declaration so they become known to everyone.

And so, thank you, again, Pedro, for your friendship and your close partnership.  And we had a good discussion today, and I’m looking forward to continue good discussions for the remainder of this conference.  But thank you for your hospitality.