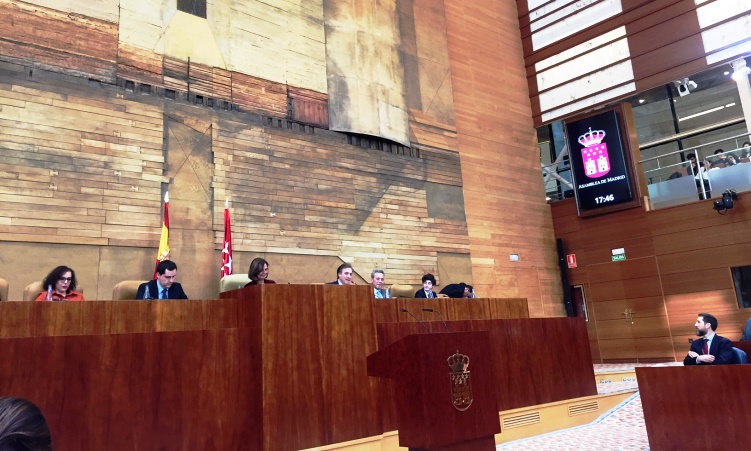 On Wednesday February 21st  Stewart Tuttle, the Embassy Counselor for Public Diplomacy delivered remarks at the Opening ceremony of Global Classrooms, held at the breathtaking  Asamblea de Madrid’s plenary chamber. A cornerstone of the Embassy’s mission to promote American English language training in Spain, Global Classrooms is a model UN conference in which students participate-entirely in English-as delegates to various UN Committees. A total of 88 schools competed in five different preliminary conferences, but only 28 schools, 200 students, and 26 Fulbright English Teaching Assistants (TAs) made it to the final conference. For more than a decade, the U.S. Embassy has been a strong supporter of Global Classrooms because it provides a wide variety of public school students the opportunity to develop the skills required for today’s global labor market, including the ability to communicate effectively in English. The U.S. Embassy in Spain this year will again sponsor, along with the Comunidad de Madrid and the British Council, the travel to New York of the ten best performing students who will participate in the International Model UN Conference at United Nation headquarters in New York.