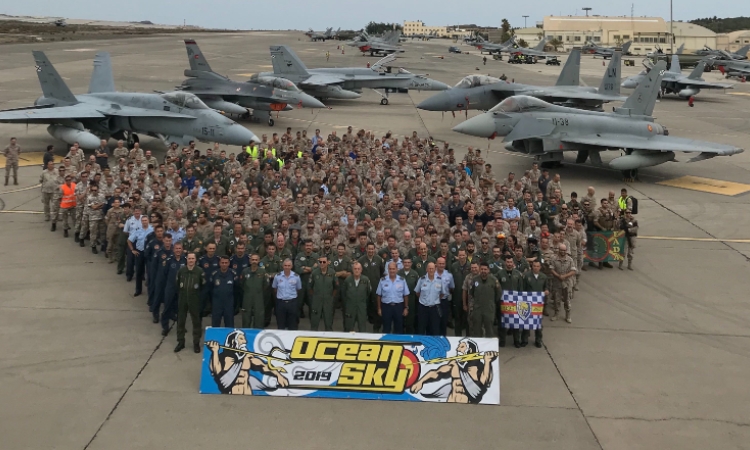 At the invitation of the Spanish government, the United States Air Force is proud to partner with Spain and other NATO allies in Spain’s joint training exercise at Ganda Air Base at Grand Canary Island.  More than 275 U.S. airmen and a dozen U.S. F-15c fighter jets joined in the exercise, making it the largest U.S. Air Force engagement in Spain in 2019.  The exercise began on October 12 and extends to October 31.  On October 25, the U.S. Embassy’s Air Force Attaché, Sonny LeMasters, participated in a Distinguished Visitors’ Day, joining colleagues from Spain and other NATO allies to celebrate the success of this complex exercise.  At the event, Colonel LeMasters told the press that, “Ocean Sky is a fantastic opportunity for NATO allies to work together, improve, and gain interoperability.”