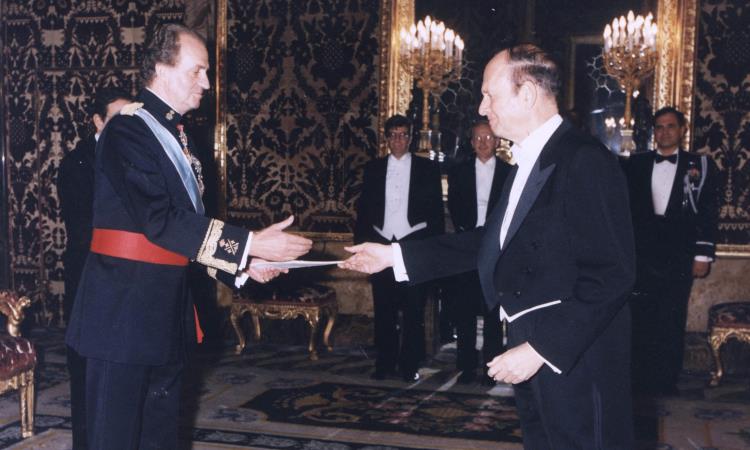 We remember Ambassador Richard Gardner, a lawyer and professor at Columbia University, who held several important positions in the administrations of Presidents Kennedy, Johnson, Carter and Clinton, who appointed him US Ambassador to Spain between 1993 and 1997.

Ambassador Gardner had a strong relationship with the Spanish government and society as a whole, ranging from the worlds of Spanish business to universities. During his time in Madrid, President Clinton visited Spain twice, and the NATO Summit of 1997 was held in Madrid. Ambassador Gardner was the driving force behind the creation of the United States-Spain Council, for which he was recognized with the Bernardo de Gálvez Award by the Spain-US Council Foundation in recognition for his exemplary dedication to strengthening ties between our two countries.

We offer our condolences to Ambassador Gardner’s family as we join in remembering him.