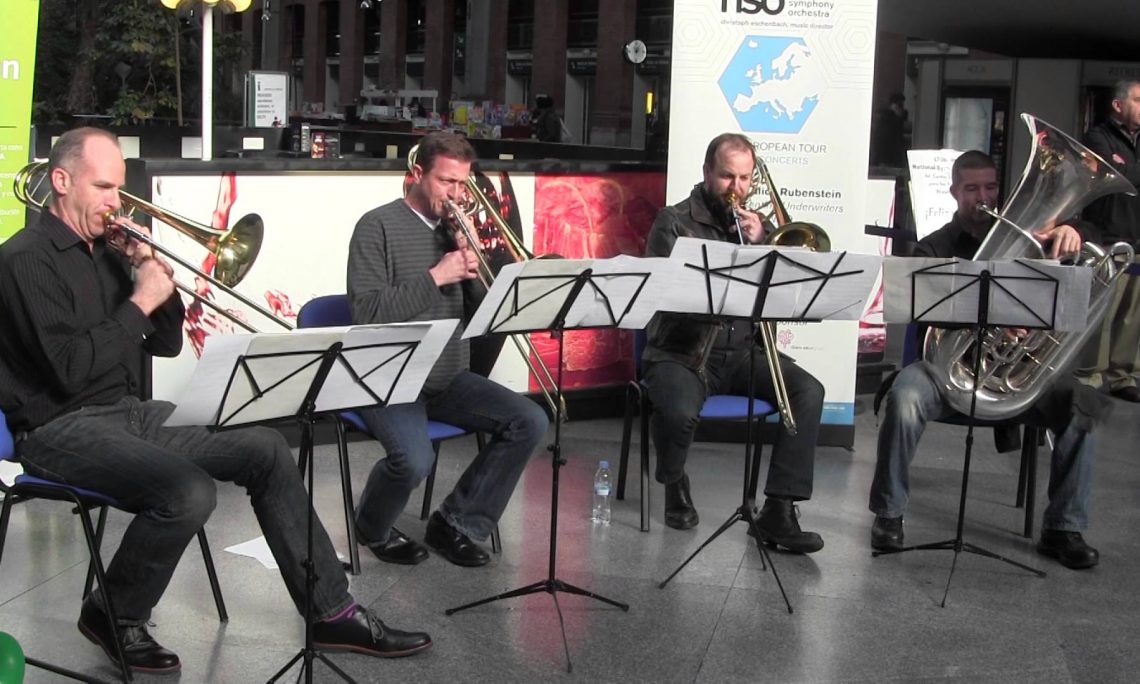 A group of four musicians of the John F. Kennedy Center for the Performing Arts National Symphony Orchestra offered a surprise performance at Madrid-Puerta de Atocha train station in the morning of Friday, February 5, taking advantage of the Orchestra’s presence in the city. Among other, they performed the jazz standard “That’s A Plenty,” “Power” by John Stevens, and “The Washington Post March”. The activity was possible thanks to collaboration with ADIF in the framework of their cultural program “Open Station.”