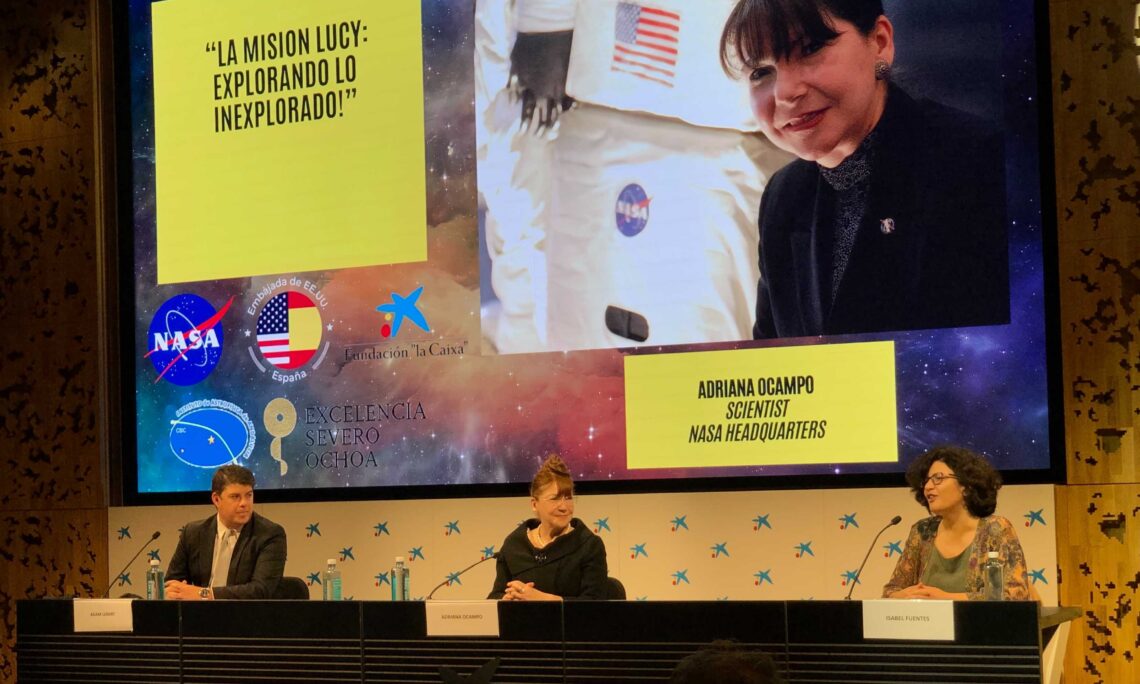 A team of NASA scientists are gathering this week in the North of Spain to observe the unique astronomical occultation of Polymele, one of the eight trojan asteroids orbiting Jupiter, that NASA’s Lucy mission will be studying during its twelve years mission.   Dr. Ocampo,  Manager at NASA Headquarters,  made time within her busy schedule to engage students and the general public on September 23 with a talk entlited “Explorando lo Inexplorado” at CaixaForum Madrid live-streamed for the Astrophysics Institute in Granada.  On Friday September 24 she also engaged virtually with students of the universities of Oviedo, Leon and Burgos.  Dr. Ocampo explained how Lucy’s discoveries will open new insights into the origins of our own planet and described the complexity of its trajectory, the first one ever to explore so many different small rocky bodies in independent orbits around our sun.