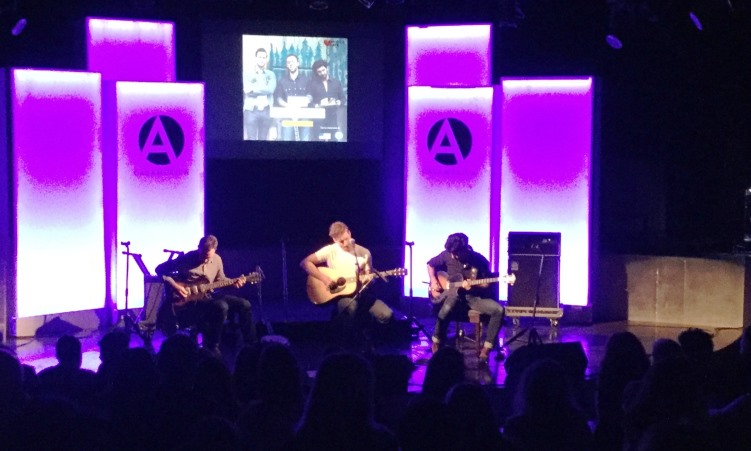 On October 6, 7, and 8, California trio The Americans performed during the second edition of “América late” arts festival held at Casa de América, and gave lecture-performances at the Teresa Berganza music conservatory and the Museum of the Americas. The band, made up of Patrick Ferris, Jake Faulkner, and Zac Sokolow, presented the story of American music in the first third of the 20th century, interspersing renditions of various early blues, folk, and country styles, and conveying the unprecedented melding of cultures and musical genres brought about by the influx of the recording industry in the 1920s and early 1930s in the U.S.