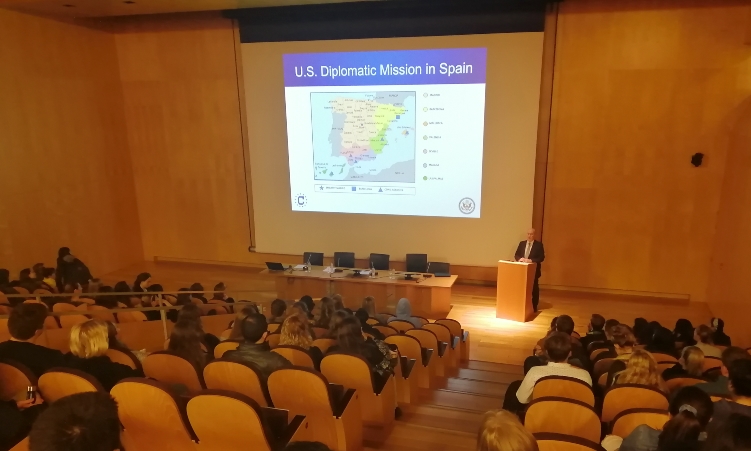 Students from the United States are arriving for the start of the Spring semester at universities in Spain, and Valencia is an ever-increasingly popular destination. On January 17 the Consular Agent in Valencia spoke to students from University Studies Abroad Consortium, the Berklee College of Music and the University of Virginia. The newly arrived students gathered at the Universidad Politécnica de Valencia, where the Consular Agent spoke to them about services offered by the agency for U.S. citizens.

Officers from the Consulate General in Barcelona also spoke to newly arrived groups of students, at the Universitat de Barcelona and the Universidad Pompeu Fabra. Students were present from over 10 different U.S. universities, including the University of New Mexico, Denver, Richmond, Texas at Austin, Bentley, California, Illinois, Dartmouth College and Boston College.

We wish all the students a safe and productive semester!