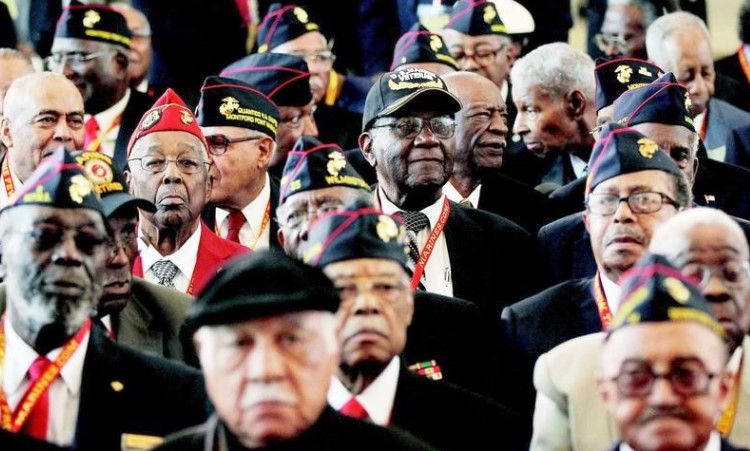 As President Trump noted in his African American History Month Proclamation, “Throughout our history, members of the Armed Forces have fought to secure freedom and liberty for all, defending our country both on our shores and in foreign lands. African Americans have shouldered an enormous share of the burden of battle in every American military engagement, donning our Nation’s military uniforms to answer the call of duty. For far too long, African Americans bravely fought and died in the name of freedom, while at the same time struggling to attain equality, respect, and the full privileges of citizenship. Because of their love of country, these heroes insisted on serving and defending America despite racial prejudice, unequal treatment, diminished opportunities, and segregation. Their valorous acts in the face of grave injustice revealed the true meaning of American patriotism — service before self.”

There are innumerable African American heroes we could recognize, but I wanted to highlight one example to which I feel deeply connected, the story of the Montford Pointers. During World War II, these brave men became the first African American Marines, training at Camp Montford Point in Jacksonville, North Carolina, not far from where I would grow up years later. They faced many challenges, but nevertheless, they sacrificed and served their country valiantly. Today, Camp Montford Point is known as Camp Gilbert H. Johnson in honor of the African American sergeant major who served as a drill instructor there. https://share.america.gov/es/los-montford-pointers-los-primeros-negros-en-la-infanteria-de-marina-de-ee-uu/