Home Página Inicial | News & Events | Ambassador Duke Buchan III to Participate in the March of the Living in Krakow, Poland 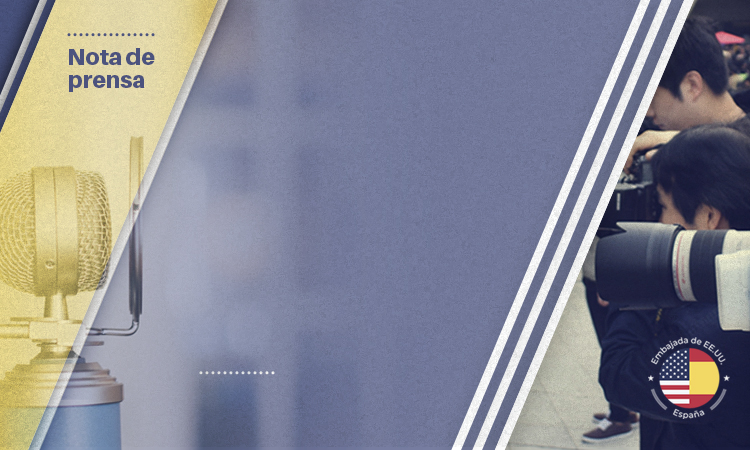 U.S. Ambassador to Spain and Andorra Duke Buchan III is traveling as part of the official U.S. delegation to the annual March of the Living at the Auschwitz-Birkenau concentration camps May 2 in Krakow, Poland. The Ambassador will be joined by other U.S. Ambassadors in Europe to demonstrate the U.S. government’s tireless efforts to combat anti-Semitism wherever this menace may appear. Thousands of students from around the world, including almost 6,000 from the U.S. alone, will participate in the march and will learn firsthand the commitment that the U.S. government brings to the task of countering anti-Semitism.

Ambassador Buchan stated, “We are taking a public stand against anti-Semitism. My participation, along with that of the other members of the U.S. delegation, demonstrates the resolve of the United States in fighting all forms of discrimination and violence against the Jewish people and our support for an inclusive society. We remain committed to the legacy of Holocaust survivors in the ongoing fight against anti-Semitism today.”

March of the Living is an immersive, educational experience organized by the International March of the Living Organization. The first part takes place in Poland, and involves educational workshops and lectures, a solemn visit to former Nazi concentration camps, and a symbolic group march from Auschwitz to Birkenau. The delegation’s participation in this important program reflects a commitment to the legacy of Holocaust survivors and to Jewish life throughout the world. The United States joins Israel and other righteous nations in asserting the post Holocaust imperative “Never Again,” to ensure that such atrocities never befall the Jewish people or anyone ever again.