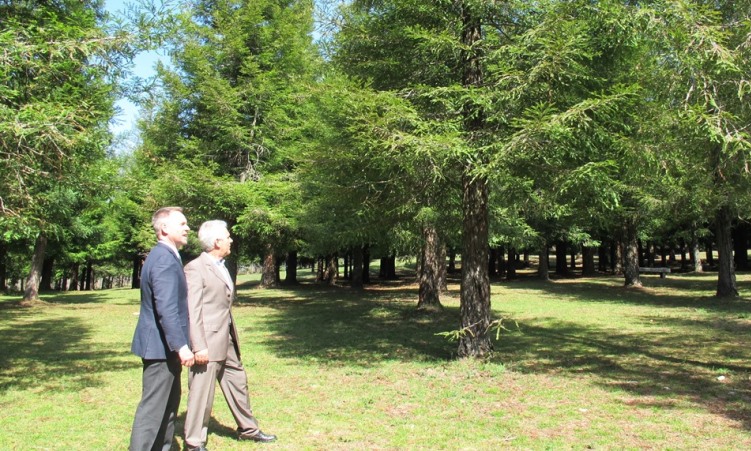 To commemorate Earth Day 2018, Information Officer David Connell visited the municipality of Poio, Galicia, on behalf of the US Embassy to thank Mayor Luciano Sobral Fernandez and the people of Montes de Xoan de Poio for taking care of Columbus Forest, the largest forest of California Sequoias in Europe. In 1992, a group of Americans, led by Professor John Harmon McElroy, and local residents planted 500 sequoia saplings to mark the 500th anniversary of Christopher Columbus’ voyage to the New World. In 2006, the people of Poio protected the sequoias from severe forest fires in the region. California redwoods grow in other neighborhoods of Poio as well. These majestic trees, which will rise hundreds of feet and live for centuries, stand as a symbol of the strength and longevity of the ties between the United States and Spain.