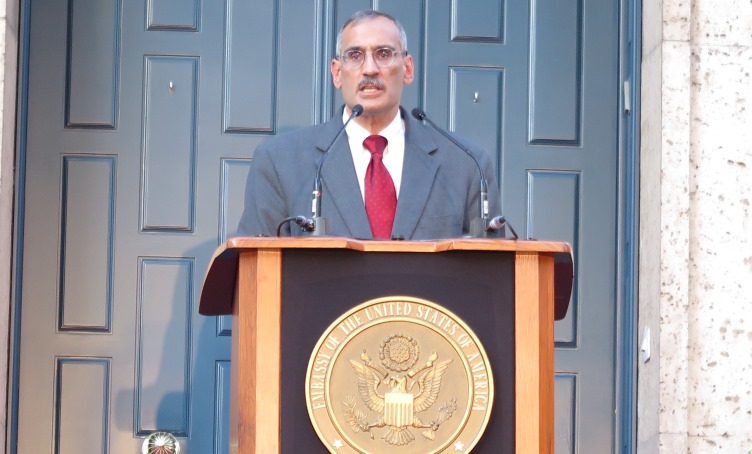 On July 4, 2017,  Chargé d’Affaires Krishna Urs hosted an Independence Day celebration at the Ambassador’s Residence at the U.S. Embassy in Madrid. U.S. Marines and their Spanish counterparts began the night with a presentation of the colors, followed by a renditions of the U.S. and Spanish National Anthems. Chargé Urs gave remarks on the enduring quality of the values upon which the U.S. was founded and highlighted the importance of the relationship between the U.S. and Spain. “Spain played an important role in the Revolution that led to the birth of the U.S.,” Urs said. “The bonds between Spain and the U.S. are tight and long-lasting: We are allies, partners, and friends.” The U.S. Army Europe band entertained the crowd with a number of popular American songs, and guests were also treated to a performance by la Banda Sinfónica de la Agrupación de Infantería de Marina de Madrid. More than 3,000 attendees enjoyed hot dogs, donuts and cocktails courtesy of the night’s sponsors.