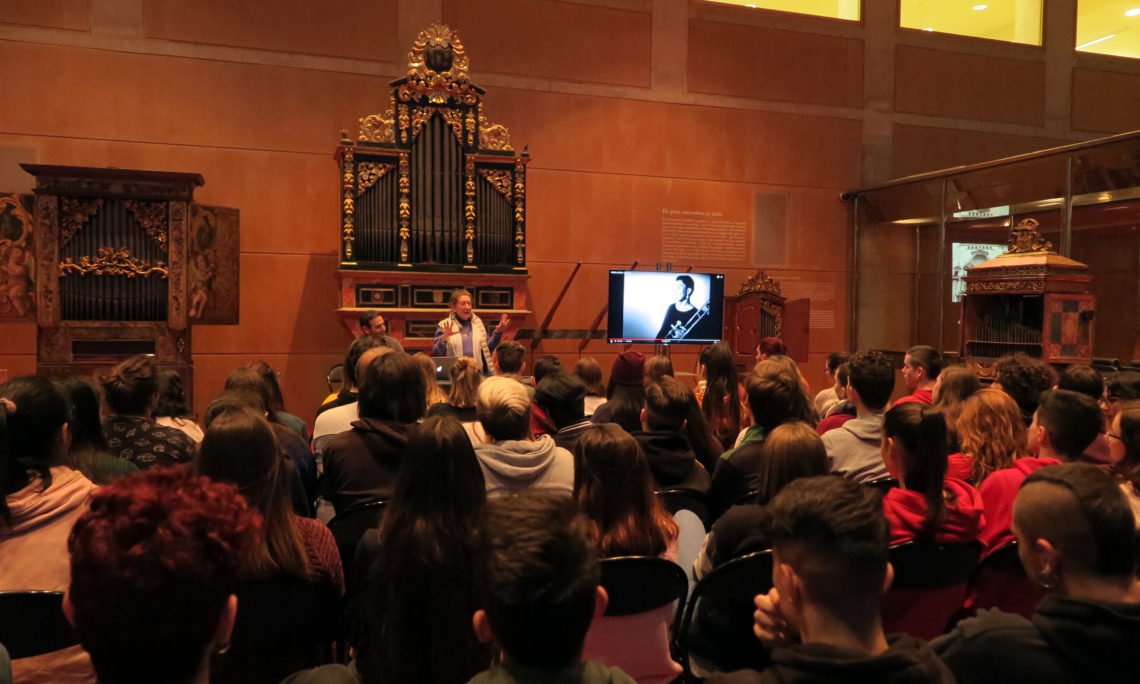 Jazz scholar and writer Maxine Gordon participated in a series of speaking engagements in Barcelona coinciding with the Barcelona International Jazz Festival. A scholar on saxophonist Dexter Gordon, as well as being a a former road manager, Gordon gave insights into the jazz industry and its major performers.  She also discussed the political and social-economic context in which it developed. During her talk to 100 high school students at Barcelona’s Music Museum on November 20, Maxine unveiled the stories of four women jazz musicians who were, until then, little known by the audience. She played some of their music and explained how they fought to pursue their careers.