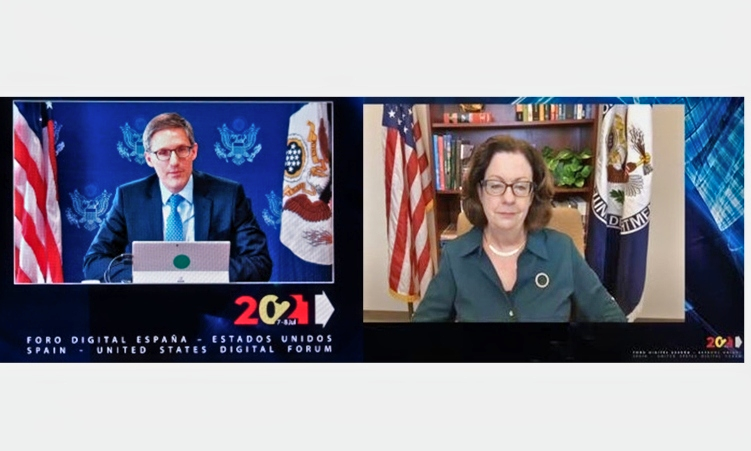 Under the leadership of U.S. Congressman Joaquín Castro, the United States-Spain Council, and Juan Lladó, the Fundación Consejo España-Estados Unidos, the sister organizions brought together Spanish and American corporate leaders, government officials and experts in education and cultural matters to promote broader dialogue and deeper relations between the two countries.  The Forum, which usually rotates to a different U.S. and Spanish host city each year, was held digitally this year, due to the pandemic.  On the first day of the event, Chargé Tribble opened the event and U.S. Secretary of Health and Human Services Becerra spoke on a panel with Spanish Vice President Calviño and business leaders on U.S.-Spain partnership for emerging from the pandemic. Spain’s Foreign Minister, Arancha Gonzalez Laya, gave the keynote address.  The second day featured a panel with participation by EU High Representative for Foreign Policy Josep Borrell, Counselor of the U.S. Department of State Derek Chollet, and PDAS Maureen Cormack, along with prominent academics from both countries.  The next U.S.-Spain Forum will take place in person in Bilbao on July 1-2, 2022.