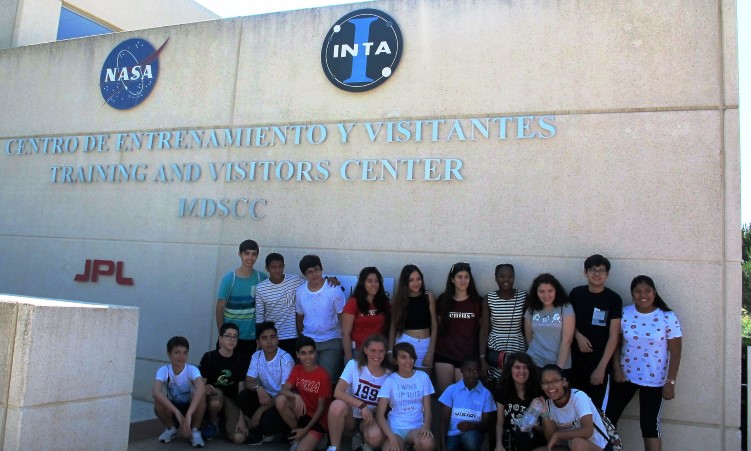 On Saturday June 23rd, a group of fourteen year old Go American English! students joined the International Studies Foundation’s second trip in a week to the Madrid Deep Space Communication Complex – NASA in Robledo de Chavela. Like their peers the Sunday prior, the kids spent time in the Training and Visitors Center, where they watched several short movies about NASA space programs with particular emphasis on the U.S.’s mission to land an astronaut on Mars. After the presentations, the students had the opportunity to work together to make their own rockets with plastic bottles, which they then launched outside within view of a giant space needle – one of only three NASA deep space antennas in the world. To the surprise of some students, the combination of water and pressure from a bicycle pump launched their rockets more than three times as high as the Center! Maybe last week’s and this week’s Go American English! groups can challenge each other to a space knowledge and rocket-launching contest when the school year resumes.