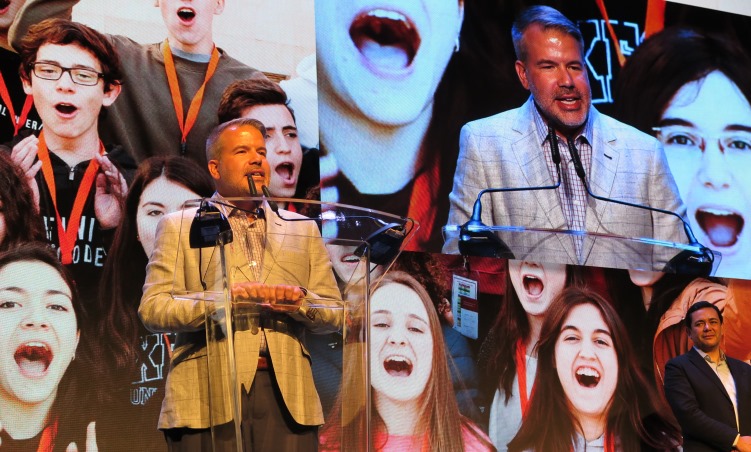 The Amancio Ortega Foundation hosted an event to celebrate the 500 Spanish students that received a grant to study and live in the United States or Canada for the 2017-2018 academic year. Approximately 10,000 students applied for the grant, which covers one hundred percent of the costs to complete a year of high school abroad. This year the foundation awarded 80 of the 500 grants to students from  Galicia and the remaining 420 grants to students throughout the rest of Spain. At the event, students ate a typical North American lunch which included chicken nuggets, hamburgers, burritos, and sandwiches. After lunch, the students heard from former grant recipients, the Canadian Ambassador to Spain, Matthew Levin, and the U.S. Embassy’s Acting Cultural Affairs Officer, Ryan Matheny, who all offered advice for what to expect in the year ahead. Matheny encouraged the students to take advantage of the extracurricular activities high schools in the United States offer and to be open-minded about cultural differences they might encounter. The students will be departing throughout August and September to begin their year abroad.