Home Página Inicial | News & Events | Embassy Economic Counselor Briefs IE Students on the State of Trade between the US, Spain and the EU 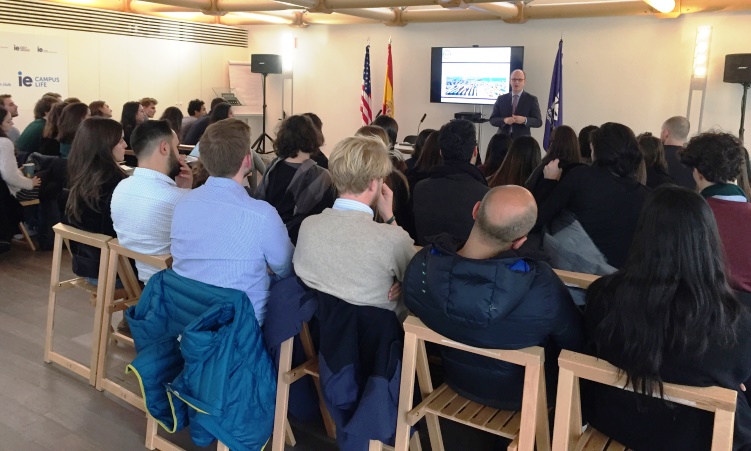 U.S. Embassy Madrid Economic Counselor Thomas Reott talked with students from around the world about the complexities of global trade at the Instituto de Empresa School of Global and Public Affairs on November 29 in Madrid.  Mr. Reott discussed topics ranging from commercial relations between the United States, Spain, and the European Union, to the U.S. trade balance with G-20 countries. Reott emphasized that the United States remains a strong supporter of free trade provided that it is fair and on a level playing field.  The United States is Spain’s largest investor, U.S. firms have $55.5 billion (14.4% of total) in investments and employ 178,000 people in Spain.  While Spain is 11th largest investor in the United States with $73 billion in foreign direct investment, supporting over 81,000 jobs.