Learn, exchange, grow, and serve. The U.S. Department of State offers many programs for non-U.S. citizens wishing to come to the U.S. for cultural, educational, or professional exchange. These programs are augmented by local opportunities in countries around that world that allow non-U.S. citizens to explore U.S. culture and the English language.

EducationUSA American English Study in the U.S.A. Experience the U.S. in Spain

More than 430 international student advising centers in more than 175 countries and territories that offer information about opportunities to study at accredited postsecondary institutions in the United States.

Through this page, the Embassy’s Public Diplomacy Department offers information on studies and internship and work opportunities in the United States and resources for learning English.

Experience the U.S. in Spain

Exchanges involving professionals from the government, non-profit and private sectors; high school students; representatives of the cultural and sports communities; and disadvantaged and underserved audiences.

Brings emerging leaders and professionals to the United States on 13 different cultural exchange programs focused on education, research and skills development. The program allows participants to hone their skills, immerse themselves in American society and culture, connect with Americans, and share their culture with their American host communities.

Opportunities for international study and research from the undergraduate through postdoctoral and professional levels. Read more about Academic Exchanges.

Programs in the U.S.

Program of the Spanish Ministry of Education

Resources for Alumni of the State Department Program

The U.S. Embassy in Madrid and US Consulate in Barcelona sponsor a variety of international exchange programs each year, in conjunction with the U.S. Department of State’s Bureau of Educational and Cultural Affairs (ECA). These people-to-people exchanges are designed to enhance mutual understanding between the U.S. and other nations. Learn more: https://es.usembassy.gov/alumni-programs/

You®Company is a video series produced by the U.S. Embassy in Spain with the intention of empowering youth through entrepreneurial values. How? Through a series of videos providing positive models of entrepreneurs in the United Sates and Spain in which the speakers tell their own personal entrepreneurial experiences. These videos are intended to convey to a younger audience four of the most characteristic values of entrepreneurship: motivation, innovation, failure and critical thinking, and corporate social responsibility.

Go American English! Is a 2-years cycle of an English Micro-scholarship Program. It will provide a foundation of English language skills to bright 14 to 16 year old students from disadvantaged sectors through after school English classes and intensive sessions. The program seeks to prepare students for conversational English language skills with both non-native and native American English Teachers.

The International Institute has promoted educational and cultural exchange between Spain and the U.S. for more than 120 years and is today a meeting point for the culture from both countries in Madrid. The International Institute offers a Language and North American Culture Program, organizes cultural activities including colloquiums, concerts, seminars, and film series, and runs and maintains a library that reflects its interest in Spanish and U.S. cultures.

The Instituto Franklin is the only University Institute for Research on North America in Spain.

Find a Location Near You 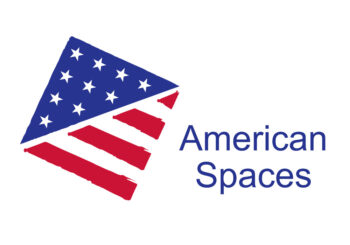