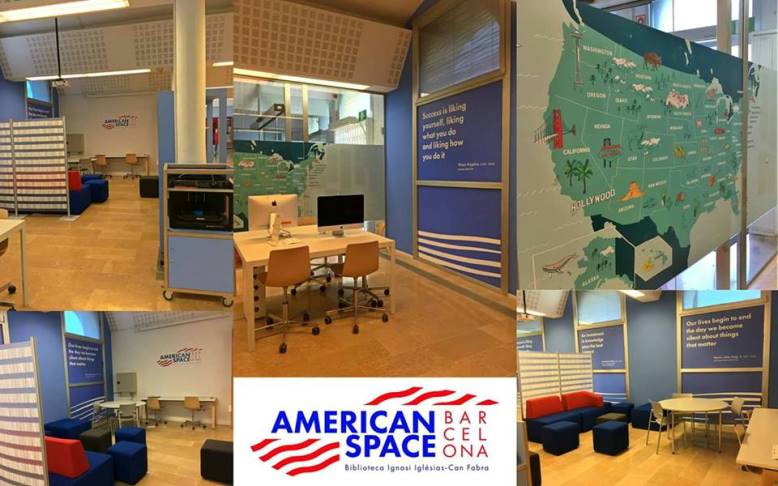 The American Space Barcelona is a cultural space linked to the United States located at the public library Ignasi Iglesias-Can Fabra in Barcelona. Its main objective is to promote cultural exchange and dialogue between Barcelona and the United States, through a series of activities and programs. It is a space for collaboration and exploration that has the mission of promoting informal learning and encouraging professional growth.

The American Space Barcelona is funded by the U.S. Department of State, through the consulate general, and the Barcelona Library Network (Biblioteques de Barcelona) and the District of Sant Andreu. It is the third space of this type which opens in Spain, after Valencia and Madrid, opened in 2014 and 2015 respectively. The three spaces are part of a global network of more than 700 American Spaces in 169 countries.

The American Space Barcelona is conceived as an innovative, dynamic and interactive space, where the use of advanced technologies will play a key role. The activities follow five core programs: providing information about the United States, promote teaching and learning of English language, academic advice to study in the US, cultural programming, activities featuring alumni of U.S. government-sponsored programs. The priority areas of the space are the promotion of entrepreneurship, boosting STEAM studies (science, technology, engineering and mathematics) and art among young people, and advancing the use of the latest technological innovations, through activities related to the makerspace movement.

News & Events from the Consulate General