Home Página Inicial | News & Events | Discussing the Relationship between the U.S. State of Texas and Spain 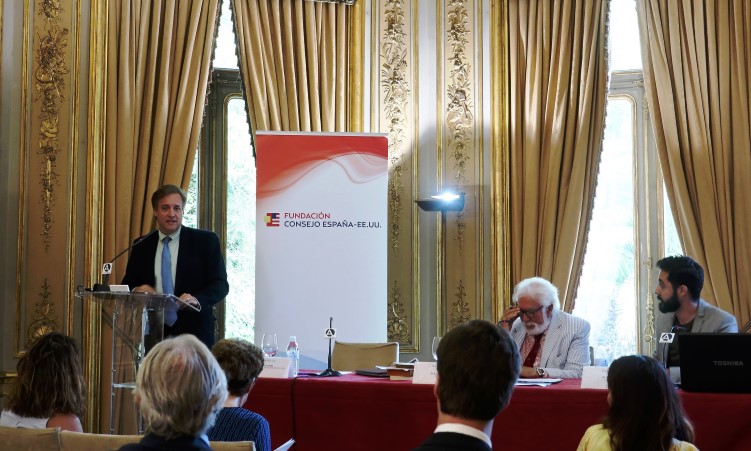 On June 28th, Counselor for Public Diplomacy Stewart Tuttle joined panelists Eduardo Garrigues, Ambassador of Spain, and Miguel Laborda, economist and historian, to discuss the relationship between the U.S. state of Texas and Spain. The Fundación Consejo España -EEUU hosted the event in Casa de America in celebration of the foundation’s recently released book, “Spain in Texas: An old friendship projected into the future.” Mr. Tuttle represented the U.S.-side of the relationship, remarking on the great economic, social, and geographical diversity within the large state. He also touched upon the strong historical ties between Texas and Spain, stating: “your heroes are our heroes.” Laborda followed with a comprehensive overview of Spanish history in Texas, and Ambassador Garrigues concluded with a variety of related topics. Towards the end of his speech, he remarked: “There is an essential theme. It is the theme of language.” Not only are there millions of Spanish speakers in the U.S., Garrigues pointed out, but there are also many English words derived from Spanish counterparts. The Ambassador noted that this further connects the shared values between Americans and Spaniards.