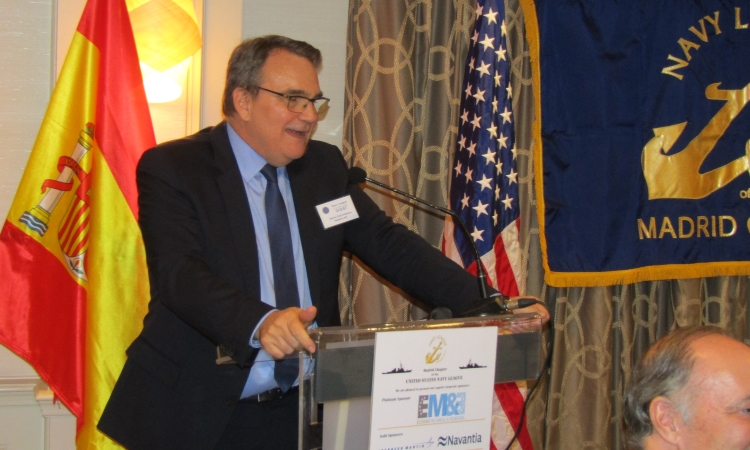 On November 21, U.S. Embassy Deputy Chief of Mission Benjamin Ziff spoke at the Navy League’s Madrid Council. DCM Ziff highlighted the long-standing and significant ties between Spain and the United States and noted how our deep relations strengthens security. DCM Ziff thanked the hundreds of Spaniards taking part in various NATO missions and pointed out continued collaboration will be needed to meet new threats, such as disinformation and the potential involvement of untrusted vendors in 5G networks and equipment.

The Navy League of the United States (NLUS) was incorporated in 1902 in part by President Theodore Roosevelt and is dedicated to offering services and support to the men and women and families of the U.S, Navy, Marine Corps, Coast Guard, and the Merchant Marine and related Sea Services. Among other objectives, it also fosters close and friendly relations with Spain and especially the Spanish Armada and Armed Forces.