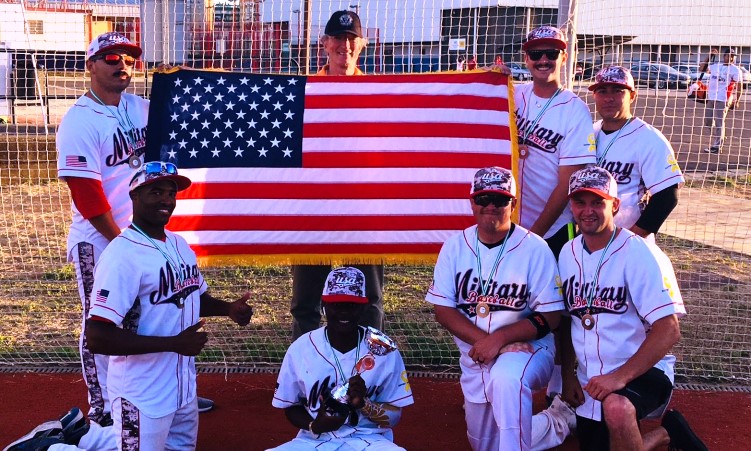 The Consular Agent from the office in Sevilla, Raynold Von Samson-Himmelstjerna attended the first OPEN IBEROAMERICANO DE BEISBOL 6 NACIONES, held at the Amate sports complex in Sevilla on June 2-3. The participating teams represented the following countries: Spain, Cuba, El Salvador, Nicaragua, Guatemala, Honduras, Venezuela, the Dominican Republic and the United States. Pictured with the Consular Agent are members of Blue Devils, the team that represented the U.S. A group called Centroamérica (composed of players from Nicaragua, El Salvador, Guatemala and Honduras) came in first, Cuba was second, and the U.S. came in third place.