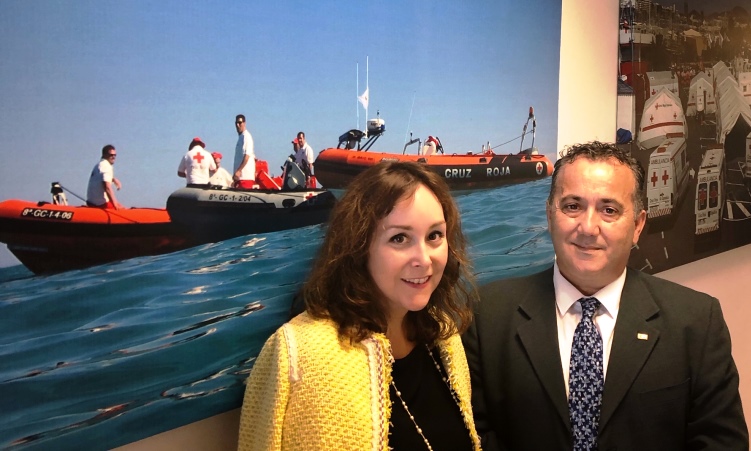 On October 12, Consul General Liza Petrush and Consular Agent Ana Maria Quintana visited The Oceanic Platform of the Canary Islands (PLOCAN), where they viewed the gliders project through which PLOCAN and Rutgers University are collaborating to collect oceanographic data.