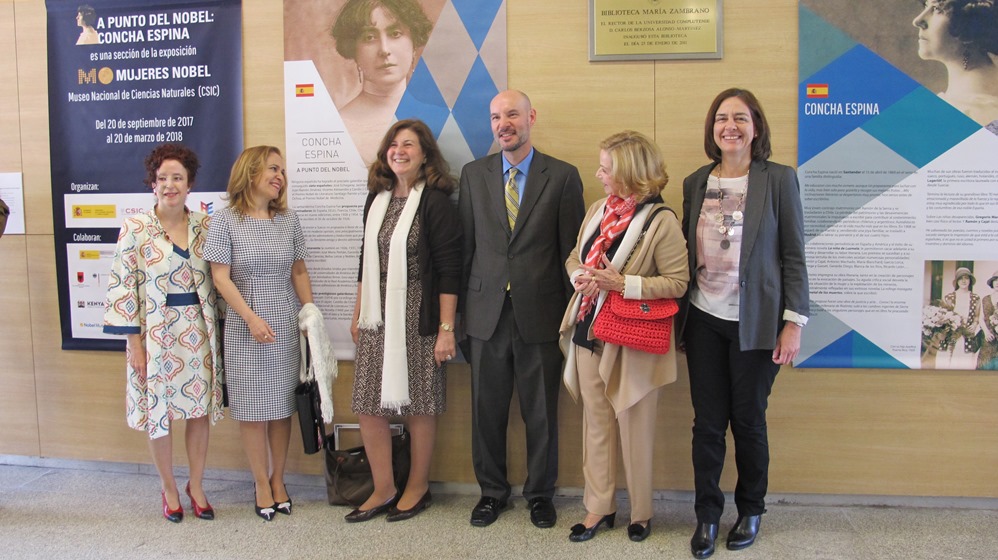 Concha Espina’s significant links to the United States are broadly evident in the exhibit:  “A punto del Nobel: Concha Espina” (“Concha Espina: Almost a Nobel”) now being shown at the Complutense University’s María Zambrano Library in the context of the Week of Letters celebration.  This exhibit, the first of the “Women Nobel Prizewinners” activities to be held in Madrid in coming months, evidences both Concha Espina’s close relations with the Hispanic Society of New York, and many other facets of the writer’s life and work.

In the picture, U.S. Cultural Attaché, exhibit curators and Complutense University Vice Presidents for Culture and International Relations at the exhibit opening.