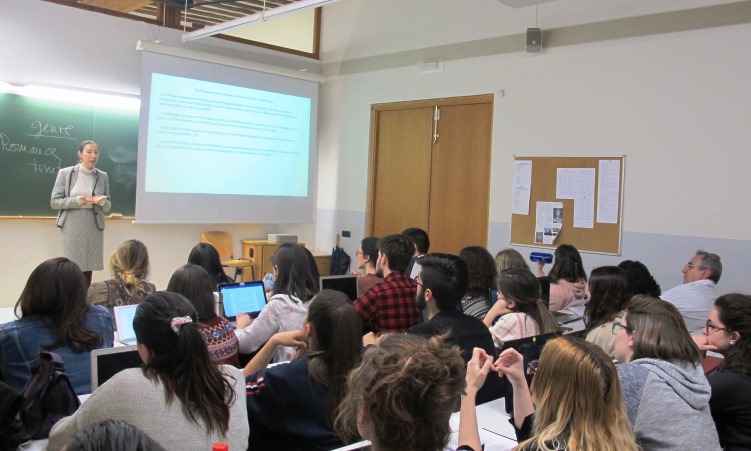 Columbia University Ph.D. candidate Rebecca Pawel, Fulbright scholar at Madrid’s Complutense University, gave a talk at the University of Alcalá on how Spanish became the most studied foreign language in American schools, overtaking German (the second most popular language before 1916) and French (the most popular until the  1970s).  The teaching of Spanish in the U.S. is expanding and diversifying in American schools and universities, not only as the premier foreign language, but for students with Hispanic family ties and limited knowledge of the language.