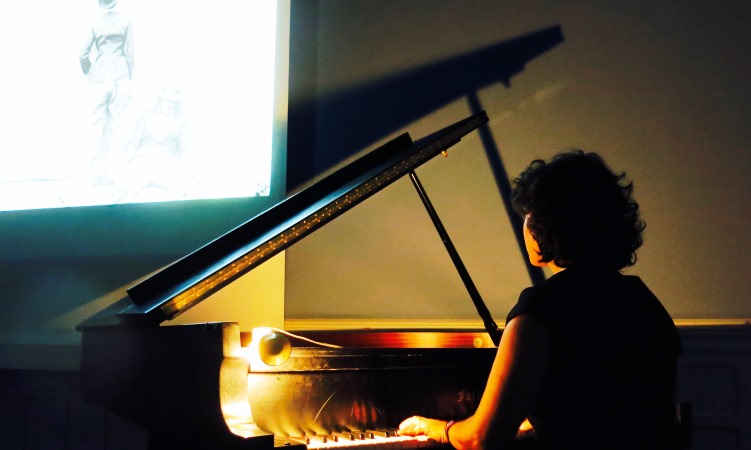 The U.S. Embassy screened the Charles Chaplin film City Lights on Wednesday June 7th  in collaboration with the American Space Madrid. The talented musician and composer Sonia Mejias played the piano to accompany the silent film.  City Lights was first release in 1931 and tells the story about a tramp who falls in love with a blind woman whose family has financial problems. The tramp’s friendship  with a rich man allowed him to become the woman’s  benefactor. Chaplin developed his career as a director, screenwriter, actor, and producer in the U.S. which transformed Hollywood at the time and the history of film.