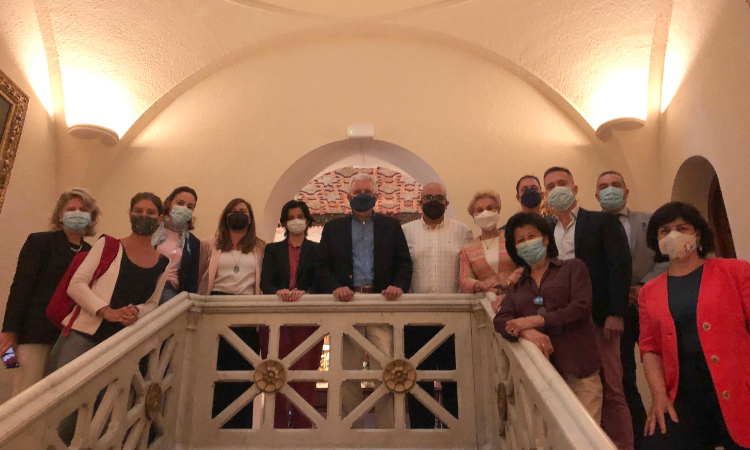 Charge d’Affaires, Conrad Tribble, hosted a coffee at his residence on June 24 in an event organize in collaboration with VIA Círculo Jefferson Association, which brings together former Spanish participants of the State Department’s International Visitors Leadership Program (IVLP).  In a mixed format that included in-person participants and others joining online, a group of around 50 alumni experts in economics, international relations, law, civil society, culture. and education attended, reflecting the diversity of the participants in this prestigious program.  After the initial presentation in which the Charge d’Affaires outlined the foreign policy priorities of the Biden Administration and addressed the bilateral relations between Spain and the United States, participants had the opportunity to ask questions. This meeting is the first in a series that will address different aspects of US foreign policy.