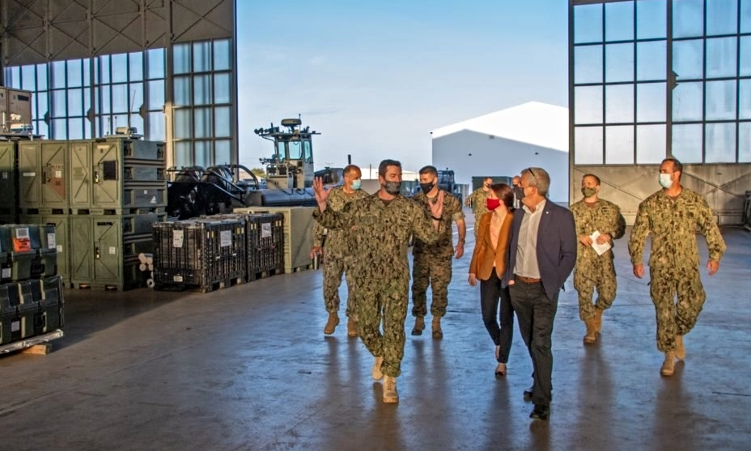 Chargé d´affaires Conrad Tribble traveled to the bases of Morón de la Frontera in Sevilla and Rota in Cadiz to engage with American servicemen and women working and living in the area.  The Chargé also met with Spanish and American military commanders at both bases and received a briefing on all bilateral defense cooperation that takes place at those bases. Chargé Tribble also met with the mayors of Rota and Puerto de Santamaria to thank those communities for their hospitality and to further advance the decades-long relationship between the American military and the two towns, which many U.S. servicemembers call their second home.